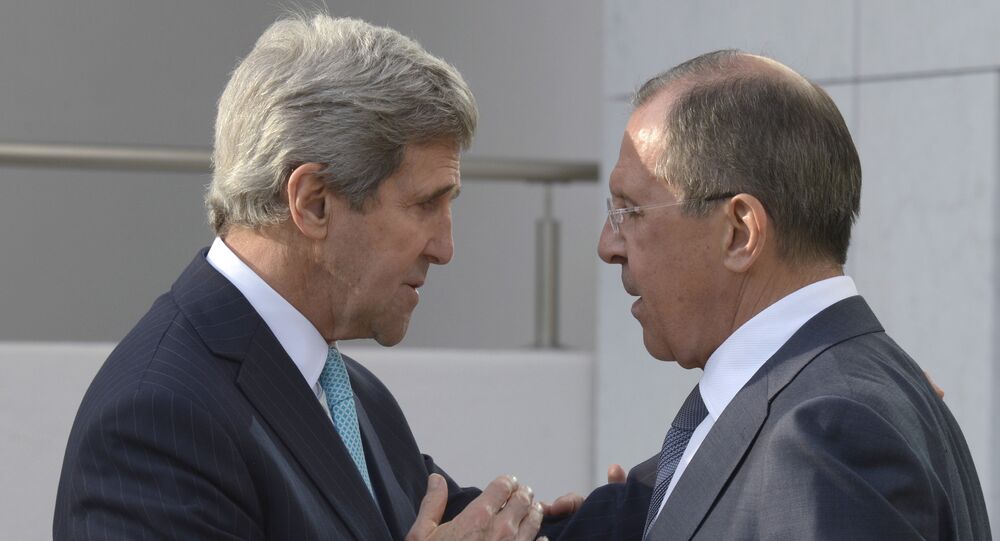 John Kerry will discuss the current situation in Syria with Sergei Lavrov this week.

WASHINGTON (Sputnik) — US Secretary of State John Kerry will discuss the current situation in Syria with Russian Foreign Minister Sergei Lavrov during his trip to Europe and the Middle East this week, State Department spokesperson John Kirby said on Tuesday.

“He [Kerry] expects to meet with Foreign Minister Lavrov” as well as the foreign ministers of Saudi Arabia, Turkey and Jordan, Kirby told reporters. “There's a lot of work to be done.”

Kerry’s trip will take place on October 21 to October 25, the State Department announced.

© REUTERS / U.S. Air Force/Senior Airman Matthew Bruch/Handout
US, Russia to Create Working Group to Implement Syria Flights Memorandum
However, the exact date of his expected meeting with Lavrov has not been decided yet, Kirby added.

"The exact schedule we're still working out," he said.

Kirby continued that the US secretary of state also expected to hold a four-nation discussion on Syria during his trip that would also include the Russian foreign minister.

"We expect there'll be a multilateral meeting on Syria…Right now it's looking like Russia, US, Turkey, Saudi Arabia," the spokesman said.

Kirby said Kerry would also be discussing the situation in Ukraine during his trip.