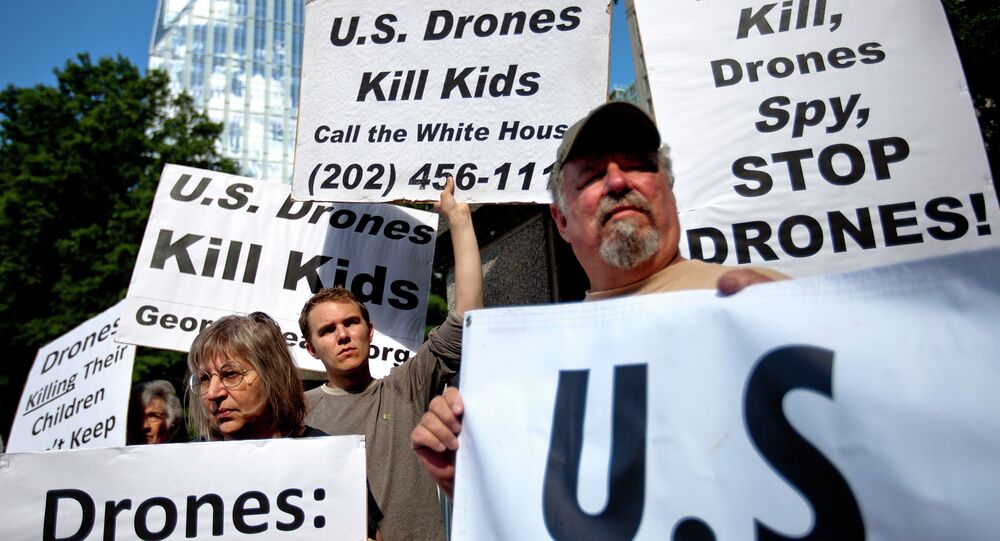 America's worldwide assassination drone program has been recently brought into the spotlight; does Washington really have the right to kill people without trial, asks former US congressman Ron Paul, bemoaning the fact that the US is losing its moral compass.

A new US government whistleblower has stepped in and shed light on Washington's controversial worldwide assassination program.

Former US congressman Dr. Ron Paul called attention to the fact that the Pentagon is de-humanizing its targets: they have no rights, no dignity, no humanity and they are never referred to by their names.

"But I think there is more than just de-humanizing the enemy: the process [of killing] de-humanizes the person [drone operator]… The individual who does the killing has to be de-humanized as well. They [the US government] condition people to do this. This is so bizarre and so contrary to humanity and contrary to what I think should be the exceptional position for America," Dr. Paul said in a conversation with Daniel McAdams for Liberty Report.

© Wikipedia /
#DronePapers: US New Global Assassination Program Steadily Expanding
To complicate matters even further, a huge number of "targets" eliminated during drone strikes turned out to be innocent people. However, the Pentagon has seemingly become accustomed to it: it classifies these victims as "enemies killed in action."

"I'm still optimistic enough that the human race can change and actually make progress. I think it's a natural instinct. I don't think war is natural," Dr. Paul stressed, adding that it is absolutely "unnatural" to allow those in power to manipulate the US people through Washington's propaganda machine and de-humanize them.

"And they [the government] do it in the name of goodness and exceptionalism," Paul added with a touch of bitterness.

"Some now, who are participants in this policy, recognize that things aren't going so well. Some of these people say: 'Yes, there is a down side to this and maybe we shouldn't kill them so quickly. We should be doing more capturing, we should have more Guantanamos and Abu-Ghraibs so we could get more information.' They don't say: 'Hey, you know what we can do is that we can make more torture chambers and get this information'," the former US congressman noted ironically.

© Sputnik / Dmitriy Vinogradov
Insolvable Paradox: Russia Eradicating Al-Qaeda in Syria, US Arming It
Paul underscored that the question still remains open why the people of America are still unable to wake up and recognize that something really sinister is going on in their country.

The US government should not meddle in the domestic affairs of other countries in order to replace legitimate regimes with those which are far worse, he noted. Still, Washington is in denial of any wrongdoing.

Furthermore, according to US investigative reporter and war correspondent Jeremy Scahill, the Pentagon is planning to significantly expand the number of US drone flights in the next four years. Military commanders would be given greater firepower. Reportedly, the number of flights would be increased by 50 percent by 2019, including both surveillance and lethal strikes.