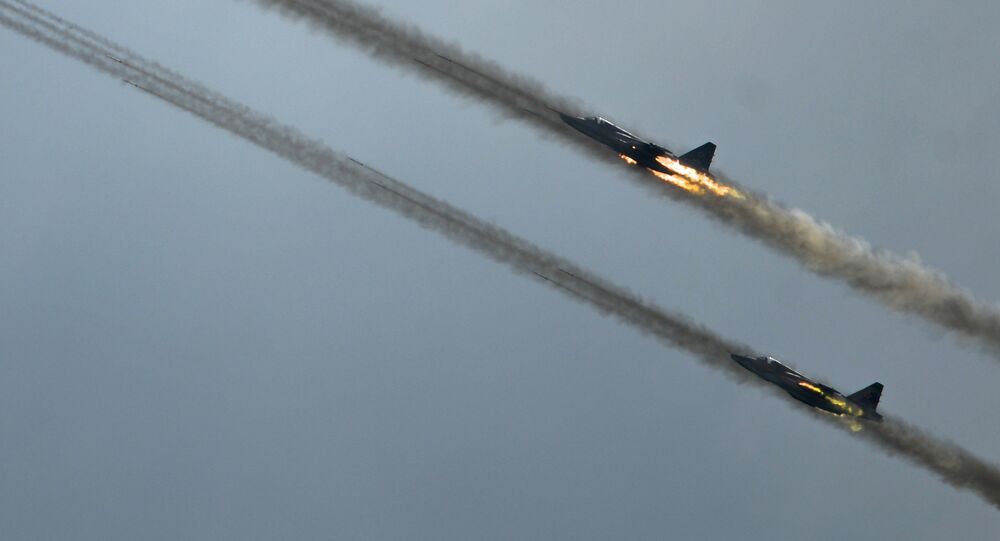 Russia Ready to Team Up With Turkey Against Terrorism

Moscow is ready to fight terrorism together with Ankara, the Russian ambassador said.

MOSCOW (Sputnik) — Moscow is ready to cooperate with Turkey in countering terrorist activity, the Russian ambassador in Ankara said Tuesday.

"We have repeatedly stated that our main issue in Syria is international terrorism, and have spoken about our readiness to cooperate with all countries to fight this evil… [Russian President] Vladimir Putin called for a creation of a broad anti-terrorism coalition during the UN General Assembly session. If Turkey were to cooperate with us on this issue we could only welcome it," Andrei Karlov said.

According to the envoy, Russian and Turkish deputy foreign ministers said they were looking to develop relations.

"The Russian Aerospace Forces operation in Syria is affecting the Russian and Turkish relations, we can see this now. But one would like to believe that with all the severity of the Syrian issue it would not have a long-term negative impact on our bilateral relations, especially on their economic component."

Syria has been mired in a civil war since 2011, with the army loyal to President Bashar Assad fighting several opposition factions and numerous militant groups, including the Islamic State and the Nusra Front, an al-Qaeda affiliate.

Russian jets commenced pinpoint airstrikes against the Islamic State targets in Syria on September 30, following a request from Assad.

After the operation began, the Turkish Foreign Ministry said a Russian military aircraft violated the country’s airspace near Syria on October 3. The Russian Defense Ministry later confirmed that on October 3 an Su-30 Flanker multirole fighter briefly entered Turkish airspace for a few seconds due to poor weather conditions. Russia apologized for the incident.

© REUTERS / Halil Dogan via Reuters TV
Downed Drone Belonged to Syrian Army or Kurds - Turkish PM Davutoglu
Following the event, Turkish President Recep Tayyip Erdogan suggested that Turkey could reconsider purchasing Russian gas over the incident, as well as rethinking Moscow’s participation in construction and operation of a nuclear power plant at the Akkuyu site in the Mersin Province in Turkey.

A US-led international coalition, which includes Turkey, has been conducting airstrikes against Islamic State extremists in Syria since 2014 without an approval of either the UN Security Council or Damascus.

"The establishment of the first string [of the pipeline], intended for Turkey, [Russian energy company] Gazprom was initially planning to build it by next year, now this timeframe is shifted for a year," Karlov told RIA Novosti.

The Turkish Stream pipeline is important for Ankara for gas supplies, the ambassador said.

"I don’t see a political part in the postponement of this construction. It is mainly related to the fact that the temporary cabinet is operating at the moment. After the November 1 elections, a new permanent government will be formed, and I hope after this all talks will go very quickly," Karlov added.

Work on the Turkish Stream pipeline was scheduled to begin in June, with a launch set for December 2016. Russian and Turkish governments have yet to sign a formal agreement. Deputy Chairman of Gazprom Alexander Medvedev said last month the delay pushed the launch date back again.