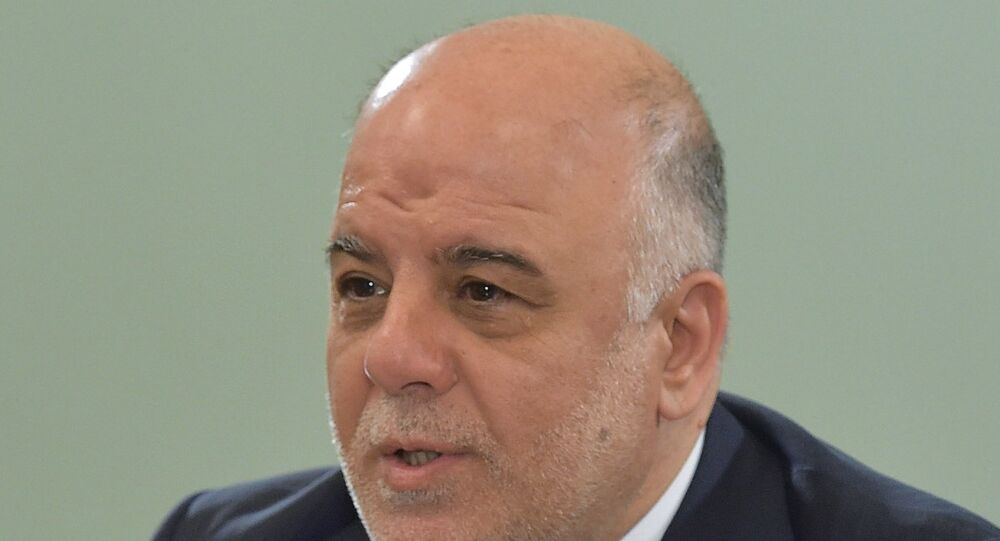 "Prime Minister Dr. Al-Abadi stressed Iraq's desire to build better relations with Russia in order to serve the interests of the two peoples," the minister’s office said in a statement following Abadi's meeting with Russian Ambassador in Baghdad Ilya Morgunov.

The statement cited Iraq’s ongoing military campaign to defeat ISIL "terrorist gangs" and stressed that Baghdad needed all the help it could get.

"There is a common coordination with Russia on the importance of eliminating terrorism," it added.

Russia has been sharing intelligence on ISIL positions with Iraq through a joint information center in Baghdad. Simultaneously, Russian attack aircraft have been conducting an air campaign against ISIL targets in Syria since September 30.

Over the past 24 hours, Russian Aerospace Forces have completed 33 sorties striking 49 terrorist facilities, according to the Russian Defense Ministry.