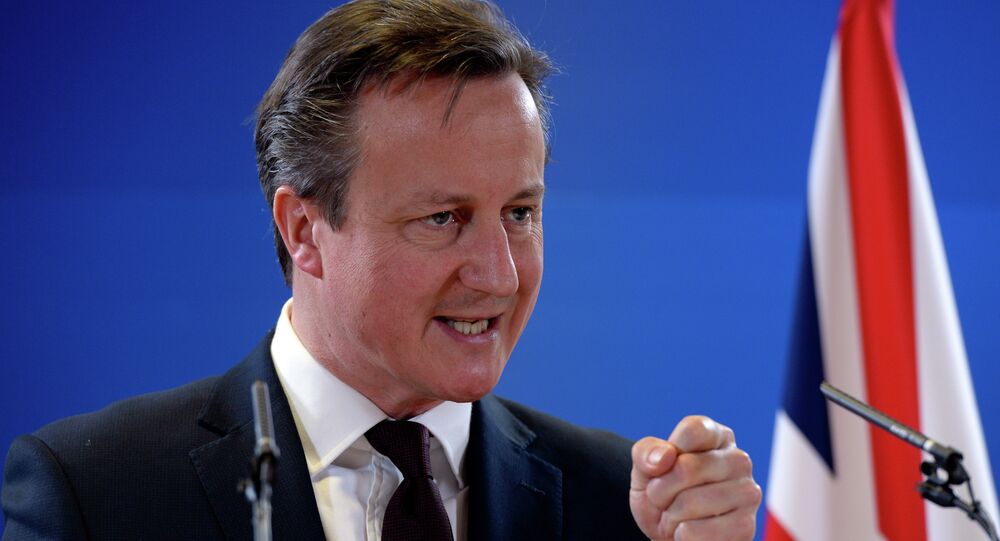 "We also discussed the situation in the Ukraine… and agreed the need to maintain the pressure of sanctions on Russia until the Minsk agreement has been fully implemented."

© Sputnik / Vladimir Pesnya
Russia Ready to Cooperate With Western Partners When Sanctions Lifted - FM
The prime minister said the EU leaders welcomed the progress made so far in de-escalating tensions as part of the Minsk ceasefire deal.

On Wednesday, US Secretary of State John Kerry suggested that anti-Russia sanctions could be lifted if the parties continued to observe the ceasefire agreement.

The European Union, like the United States, imposed a series of restrictive measures against Russia, accusing it of interfering in the conflict between government and independence forces in southeastern Ukraine. Moscow denies the allegations, countering that it was an instrumental party in negotiating the Minsk agreement.