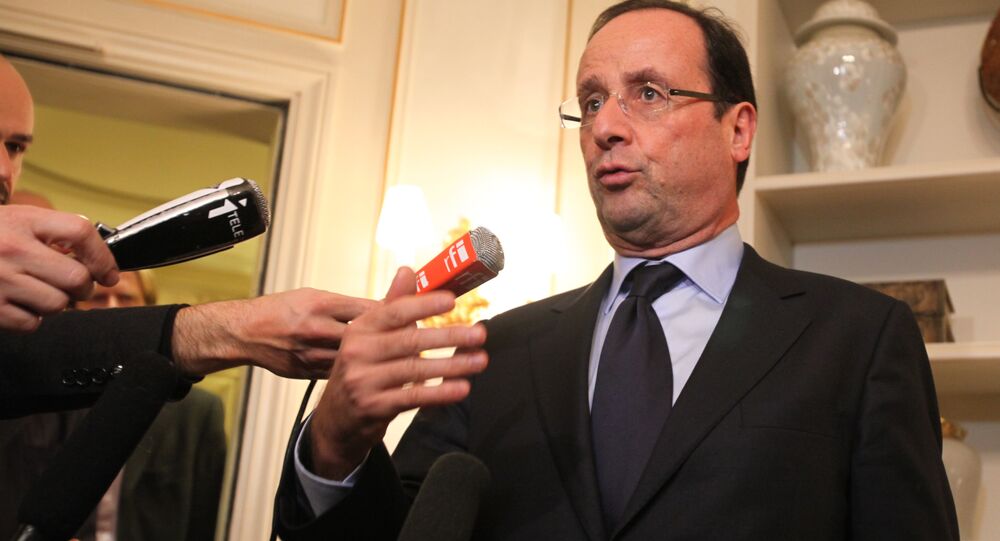 The Russian Foreign Ministry has summoned the French ambassador in Moscow over a dangerous aviation incident involving a French military jet and a plane carrying Russian lawmakers on Monday.

Russia said that the incident with a Russian aircraft undermined the possibility of holding talks in France.

"On October 19, Ambassador of the French Republic in Moscow Jean-Maurice Ripert was summoned to Deputy Minister of Foreign Affairs of the Russian Federation Alexei Meshkov to give explanations regarding a dangerous near collision of a French Air Force jet with an airliner carrying a Russian parliamentary delegation headed by Russian Federation Chairman of the State Duma of the Federal Assembly Sergei Naryshkin to Geneva to attend the 133rd Assembly of Inter-Parliamentary Union, which took place in the [French] national airspace the same morning."

According to the statement, the Russian side has expressed deep concern over in connection with an event.

"It was stressed that such actions undermine the possibility of using France as the venue for multilateral meetings and negotiations."

Nevertheless, he expressed hope for a constructive dialogue with French lawmakers despite the incident.

"We hope for a full understanding with the French Parliament despite the fact that today the French Air Force acted extremely unfriendly toward a plane carrying the Russian delegation. One of the [French] fighter jets dangerously maneuvered in close proximity to the Russian airliner. I think that neither in times of Mitterrand, nor in the times of de Gaulle or even Sarkozy such incident was possible," he told Sputnik.

Meanwhile, the French Foreign Ministry said that an aircraft involved in the incident in the French airspace was Swiss, Reuters reported.