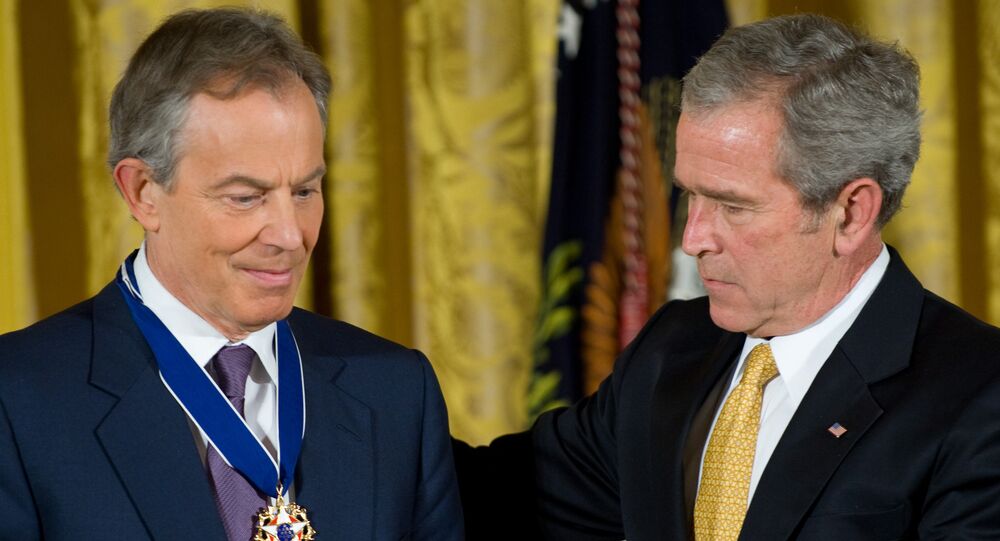 The Guardian cited an inquiry spokesman saying Sir John Chilcot will not comment on the correspondence "so as not to prejudice or pre-empt the report."

The newspaper further cited Chilcot’s promise last week to provide a timetable for publication of the 2009 inquiry by November 3.

© AFP 2021 / Saul LOEB
Secret Data Reveals Blair, Bush Plotted Iraq War Year Before Invasion
The delayed publication of the Chilcot Inquiry, detailing Britain’s role in the 2003 Iraq War, has led to widespread public and media outcry. The official reason is the "Maxwellisation" process, giving those named in the report time to prepare for and respond to allegations made in it prior to its release.

The leaked memo was in sharp contrast with Blair’s public stance on the invasion in Iraq, as he was telling his voters the country was not proposing any military action.

The United Kingdom was part of a US-led coalition that invaded Iraq in 2003, without a UN mandate, after falsely accusing former Iraqi leader Saddam Hussein of possessing weapons of mass destruction.

Wilkerson: There Was No Formal Decision by Bush to Declare War on Iraq