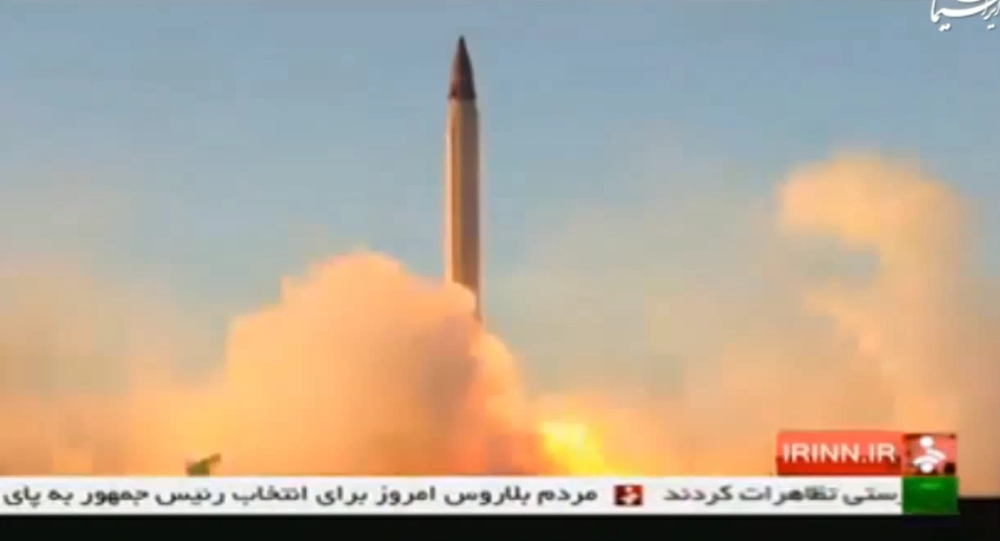 MOSCOW (Sputnik) — The test-fire of a new long-range ballistic missile by Iran was not in a violation of the Joint Comprehensive Plan of Action (JCPOA) but constitutes an infringement on a UN resolution, a senior United States Administration official said Sunday.

“[The firing] was not in a violation of JCPOA but it does appear to be in a violation of a UN Security Council resolution, all of which continue to remain in effect, they do not change at all until [JCPOA] implementation day,” the official said at a briefing adding that even after the implementation day a ban on transfer of ballistic-related technologies to Iran will remain in place for a period of eight years.

© AFP 2021 / ATTA KENARE
Iranian FM Rejects Reports Claiming US Not Committed to Nuclear Deal
He added that Washington would ask the UN Security Council to investigate the issue and “take certain steps to respond.”

Iran signed the JCPOA with five permanent members of the United Nations Security Council and Germany on July 14, ensuring the peaceful nature of Tehran’s nuclear program in exchange for sanction relief.

On Sunday, Tehran and the P5+1 group of international negotiators set the clock ticking on a historic deal that ensures peaceful nature of the Iranian nuclear program in exchange for sanctions relief. The so-called adoption day means the sides will now begin implementing the obligations under the nuclear deal.

US Suspects Iran of Violating UN Resolution by Missile Test