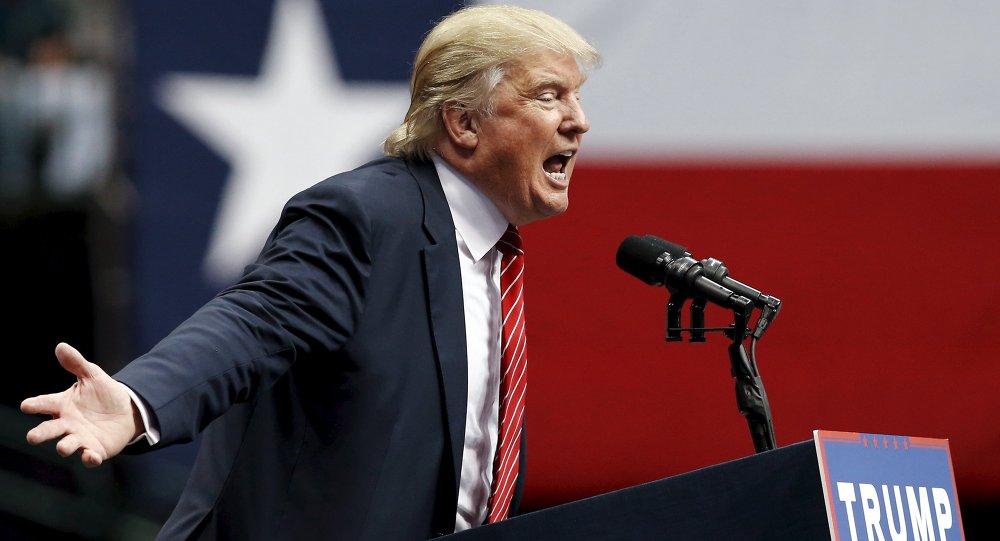 Donald Trump, a leading Republican nominee for the 2016 presidential election, called on Americans to focus on making the US “great again,” rather than accusing Russia -- or anybody else, for that matter, without proof - of taking down the Malaysian airliner over the Donetsk region in the summer of 2014.

© AP Photo / John Locher
Dirty Tricks Exposed: Did CNN Plant Jeb Staffer to Troll Trump?
Trump, who has often spoken out in support of Russia and its president Vladimir Putin, said during an interview with US cable news network MSNBC that despite the recent Dutch report that concluded Malaysia Airlines flight 17 was brought down by a Russian-made missile, it doesn’t mean the Russians fired the rocket.

"It may have been their weapon, but they didn't use it, they didn't fire it, they even said the other side fired it to blame them,” he said. “I mean to be honest with you, you'll probably never know for sure."

The real estate mogul and presidential hopeful didn’t express too much hope that the case would ever be solved.

"I think it is horrible," Trump said. "But they're saying it wasn't them. The other side says it is them. And we're going to go through that arguing for probably for 50 years and nobody is ever going to know."

Moreover, Trump stressed that there are enough domestic problems in the US that need to be solved to “make America great again” (to cite The Donald’s campaign slogan,) that meddling in conflicts abroad is a dangerous distraction.

Prior to that interview, presidential candidate claimed that not everything was clear about 9/11 terrorist attack on the US, which is considered to be one of the nation’s hot button issues.

"When you talk about George Bush, I mean, say what you want, the World Trade Center came down during his time," he said during his controversial interview to Bloomberg TV. “Blame him, or don't blame him, but he was president.” 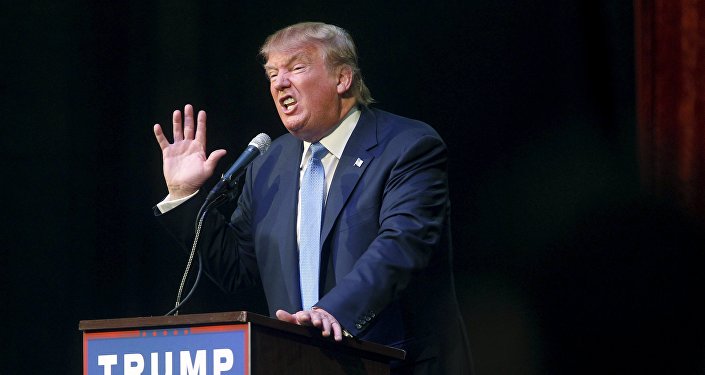 © REUTERS / Tami Chappell
Haaretz Goes to Bat for Trump: Mideast Would Be Safer Without US Intrusion
The Boeing 777-200, en route from Amsterdam to Kuala Lumpur, went down over eastern Ukraine on July 17, 2014, claiming lives of all 298 people on board.

Immediately after the plane crash, Washington and its Western allies accused militia forces in eastern Ukraine of using a Russian-made missile to shoot it down. The Dutch Safety Board’s report, released Tuesday, claimed the Malaysian airliner crashed after being struck by a 9N314M-model warhead carried on a 9M38-series surface-to-air Buk missile, but experts have argued that conclusion is based on a flawed analysis and gaps in evidence.