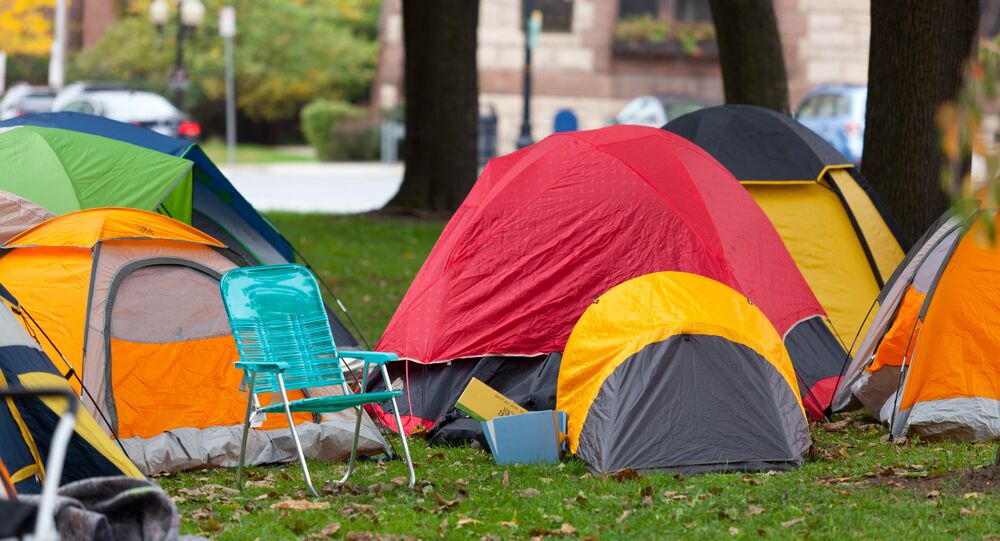 Earlier in the day, media reported that the Montenegro police had dispersed the campsite of the opposition, which was staging an indefinite protest in front of the parliament. The protesters were calling for the resignation of the government, accusing it of corruption and undemocratic practices.

"The latest events in Podgorica are regrettable. We have repeatedly stated that a stable and successfully developing Montenegro is in Russia’s interests," the ministry said in a statement.

According to the ministry, despite the assurances the Montenegrin leadership receives from the Western states, including this country in the Euro-Atlantic would not lead to its consolidation and flourishing.

"Quite the opposite – there is a clear political and ideological polarization of the society, exacerbation of the socio-economic problems. One gets the impression that the setting for the expedited promotion of Montenegro in NATO at the same time implies suppression of alternative approaches," the statement read.

© AP Photo / Dimitri Messinis
Say No to NATO, They Owe Us Blood – Former Montenegrin President
On Monday, the United States announced that it was prepared to extend an invitation to Montenegro to join NATO in December during the meeting of NATO foreign ministers, provided that the country continues implementing reforms and working to increase popular support for membership in the alliance.

Goran Danilovic, a member of Montenegro’s opposition Demos party, told Sputnik Serbia on Tuesday that the decision on Montenegro accepting a membership invitation from NATO should not be made without holding a national referendum.

Russia has expressed concern over NATO’s growing military presence in Eastern Europe, warning that it could be a threat to regional security.