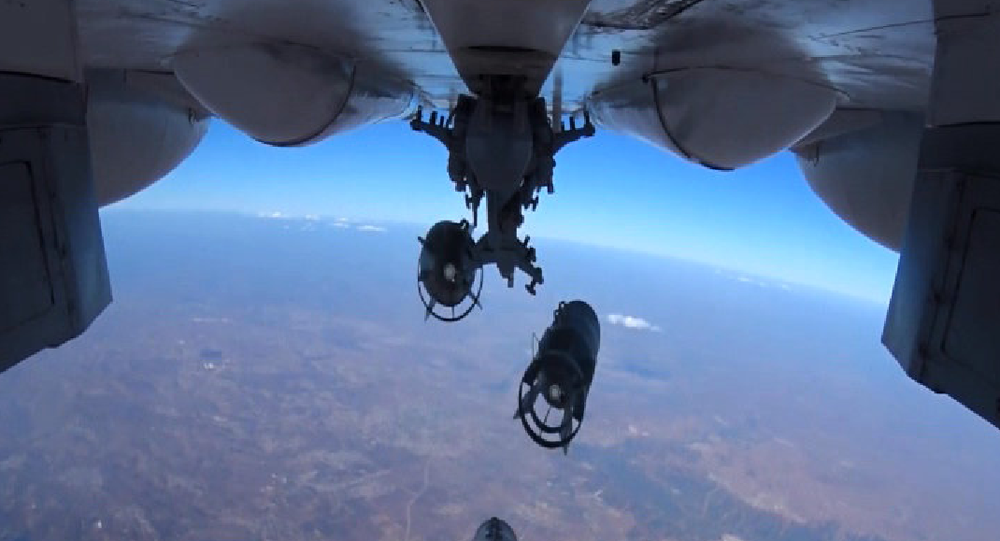 'Russians Are Bad Guys Because They Efficiently Fight Against ISIL'

Washington is trying to present Russians as "the bad guys" since their aerial operation meant to destroy extremist groups in Syria is actually achieving results, while the US-led coalition failed to deliver on its promise to destroy the Islamic State, a German website asserted.

© Sputnik / Dmitriy Vinogradov
Russia Has a Shot at Bringing Stability to Syria – Former UK Ambassador
Alles Schall und Rauch added that the US information campaign against Moscow is based on "the total distortion of facts."

The website is also convinced that Washington is in fact supporting the brutal Sunni group, which is terrorizing Iraq and Syria. Similar claims recently surfaced after the Iraqi Armed Forces found a stockpile of US-made weapons, including a number of BGM-71 TOW II anti-tank missiles.

Last week, social media were abuzz when a video footage allegedly showing US supply crates in the strategic Iraqi town of Baiji was posted on Twitter. A man in the short video claimed that those were US supplies to Islamic State.

The Pentagon later explained that some of the armaments the US sent to Iraq went missing last year. The weapons were later seized by advancing militants and in no way should be viewed as a direct assistance to extremists, an official from the US defense agency emphasized.

© Sputnik / Dmitriy Vinogradov
Russian pilots prepared to board the SU-30 attack plane to take off from the Hmeimim aerodrome in Syria.

Still some in Iraq and elsewhere remain unconvinced. Alles Schall und Rauch even went as far as saying that "nobody believed" Washington anymore.

"The overwhelming evidence shows that Americans have been delivering weapons and munition, as well as food and medicine, to ISIL militants for years," the website claimed. This, according to the media outlet, serves as an explanation as to why the US is opposed to Russia's military engagement in Syria.

In addition, Alles Schall und Rauch maintains that the US refusal to accept a UN Security Council statement condemning the shelling of the Russian Embassy in Damascus also proves that Washington is supporting extremists.