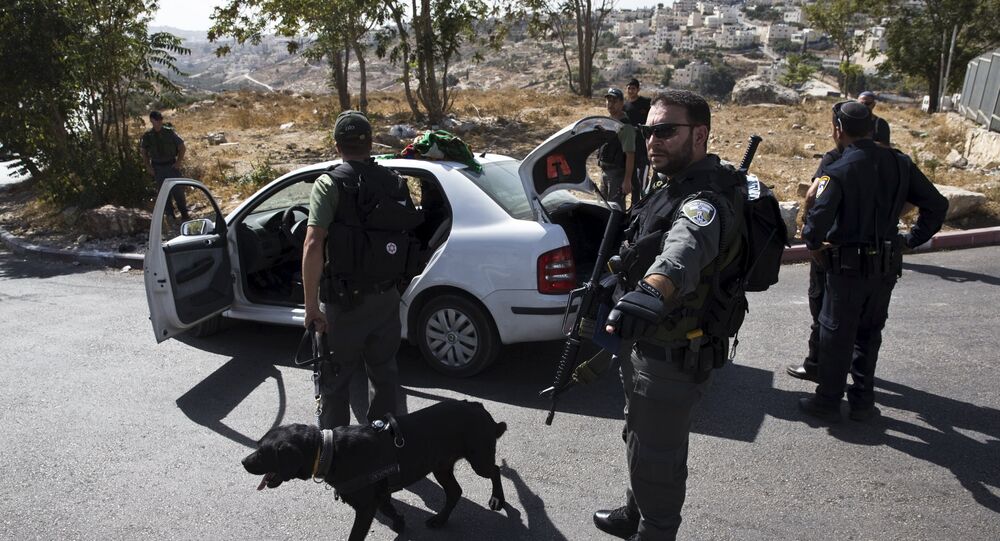 The UN hopes that tensions between Israel and Palestine will calm down, allowing members of the Middle East Quartet to visit the area contested by the two countries, Deputy Spokesman for the UN Secretary-General Farhan Haq said Thursday.

UNITED NATIONS (Sputnik) – Earlier in the day, Palestinian Ambassador to Russia Abdel Hafiz Nofal said that Palestine had called for an immediate visit by representatives from the Middle East Quartet in order to assess the acute situation in the region.

Since the beginning of October, the escalation of the Israel-Palestine conflict claimed the lives of at least seven Israelis and over 30 Palestinian residents and Israeli Arabs.

© AP Photo / Sebastian Scheiner
US Spokesman Backtracks On Claim That Israel Broke Temple Mount Status Quo
The Quartet on the Middle East, established in 2002, comprises the envoys of the United Nations, the United States, the European Union and Russia, who are involved in mediating the peace process in the Israeli-Palestinian conflict.

Palestine seeks the recognition of its independent state on the territories of the West Bank, including East Jerusalem, and the Gaza Strip, lands occupied by Israel since the 1967 Six-Day War.

The State of Palestine is currently recognized by 136 of the 193 United Nations member states, including Russia.

Israel to Revoke Citizenship of Individuals Involved in Terrorism