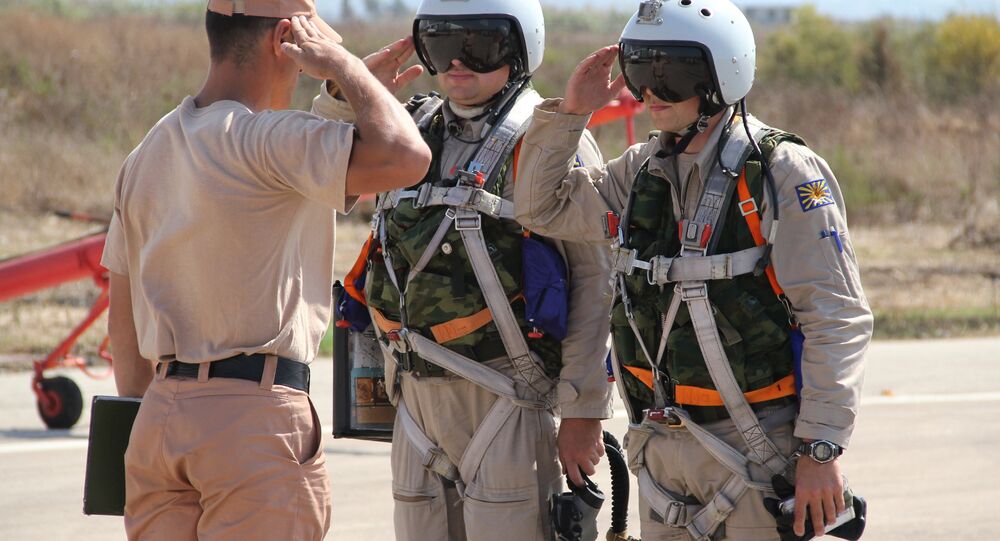 Only Thing for US in Syria Now: 'Sit Back, Let Russia Do its Work'

The Obama administration has decided to overhaul the Defense Department's multimillion dollar program to train and equip Syrian rebels, according to a New York Times report.

Meanwhile, Defense Secretary Ashton Carter said at a news conference in London that he wasn't happy with the early efforts of the program, adding that, ‘we have devised a number of different approaches.’

© Sputnik / Dmitriy Vinogradov
Russia Outmaneuvers US in Syria, Dealing Blow to Washington's Credibility
In July, Carter reported that the United States had successfully trained only 60 Syrian fighters. In 2014, the US Congress authorized 500 million dollars to train and equip moderate Syrians in the fight against ISIL.

However, later US Commander of Central Command, General Lloyd Austin, said that less than a half dozen of the US-trained Syrian fighters were actually currently engaged in combat against Islamic State in Syria.

Anatol Lieven, a Georgetown University Professor and author of several books on contemporary history, spoke to Sputnik in an exclusive interview regarding the US’ involvement in Middle East.

“Russia is now completely militarily aligned with the Syrian government. The United States on the other hand, tried in a very halfhearted way to align itself militarily with the moderate Syrian opposition and to arm them on the ground. The difference is that the Syrian government still does have an army, it has suffered very badly in the last few years but it is still there. The US’ effort to create armed allies in Syria has failed and failed completely,” Lieven said.

He went on to say, “What we have heard from the US today in my view confirms the logic of the Russian position that in the end if you wish to contain ISIL in Syria the only force that can do that is the Syrian government.”

He said that all the Western rhetoric that aims to promote peace is unfortunately essentially empty.

© AP Photo / Gerald Herbert
Obama 'Stricken With Political Paralysis' Over Russia’s Actions in Syria
Talking about the new strategy that the US wants to implement he said that it is not at all clear.

“America has repeatedly rejected Russia’s approach but as far as I can see the US does not have a new strategy. So what they may do is basically sit back and in a sense let Russia do its work. The US will benefit from the Russian airstrikes.”

He went on to explain how Russia is also taking a certain risk by involving itself in Syria. Lieven mentioned the possibility of a prolonged regional conflict, “The weakness of surrounding states and above all the Sunni Shia sectarian conflict and the proxy conflict between Iran and Saudi Arabia. We also see a war going on in Yemen. There is an enormous threat to the entire region.”

But he clarified that Russia is not responsible for it and it won’t make it worse. “The collapse of the American support for the so called moderate Syrian opposition is what has reduced this conflict into a stark sectarian standoff in Syria. It is the American abandonment that has caused this and it happened months before Russia got involved.”

Some 250 Tunisian ISIL Fighters Flee From Syria Amid Russian Airstrikes

Russia Acts in Accordance With Int’l Law in Syria, Unlike US-Led Coalition