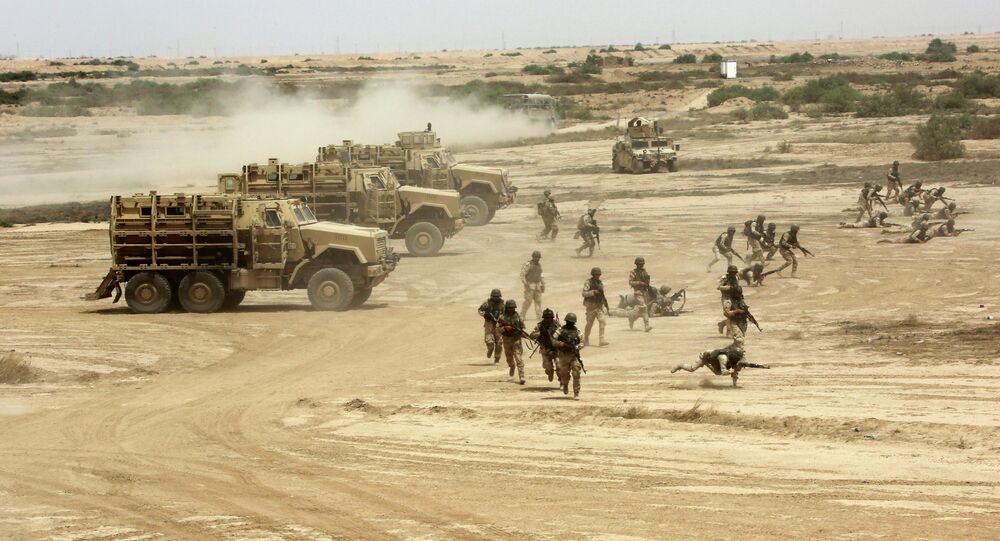 Russia, Iran, Iraq and Syria no longer trust US intelligence agencies. After the establishment of their joint intelligence headquarters in Baghdad, the region has experienced a significant shift of power, DWN wrote.

Since September 30, the Russian Air Force has been carrying out attacks against the ISIL terrorist group in Syria. The military operation was launched after an official request of the Syrian government.

© AP Photo / Marko Drobnjakovic
US-Led Coalition Launches 24 Airstrikes Against ISIL in Syria, Iraq
Meanwhile, Russia has extended its counterterrorism activities on Iraq as well. Close intelligence cooperation with Russia has been underway since last month when a joint intelligence center was set up in Baghdad.

With the establishment of the facility, Russia, Syria, Iran and Iraq institutionalized the exchange of intelligence information and improved the coordination of their counterterrorism efforts. The purpose of this newly established institution is predominantly of an intelligence-sharing nature and primarily includes the collection and analysis of relevant information to better coordinate operational activities in the fight against ISIL.

According to DWN, the creation of the new institution is not a surprising step. The Iraqi government has long been disappointed in the activities of the Western coalition and low efficiency of its military operation, which has not prevented the steady growth of ISIL on Iraqi territory and has had quite the opposite effect.

© AP Photo / Marko Drobnjakovic
US Dismisses Reports on Halting of Airstrikes on ISIL Positions in Iraq
The mistrust of Iraqi officials toward the US has been steadily growing and the establishment of the intelligence center in Baghdad can therefore been considered an expression of unfulfilled Iraqi expectations towards the United States, DWN wrote.

At the same time, the close cooperation of Iraqi structures with Russia is likely to have a negative impact on the quality of their existing cooperation with the United States. The growing distance between the US and the Iraqi government lets the United States fear that it may to lose its positions in the Middle East and its political influence on the country.