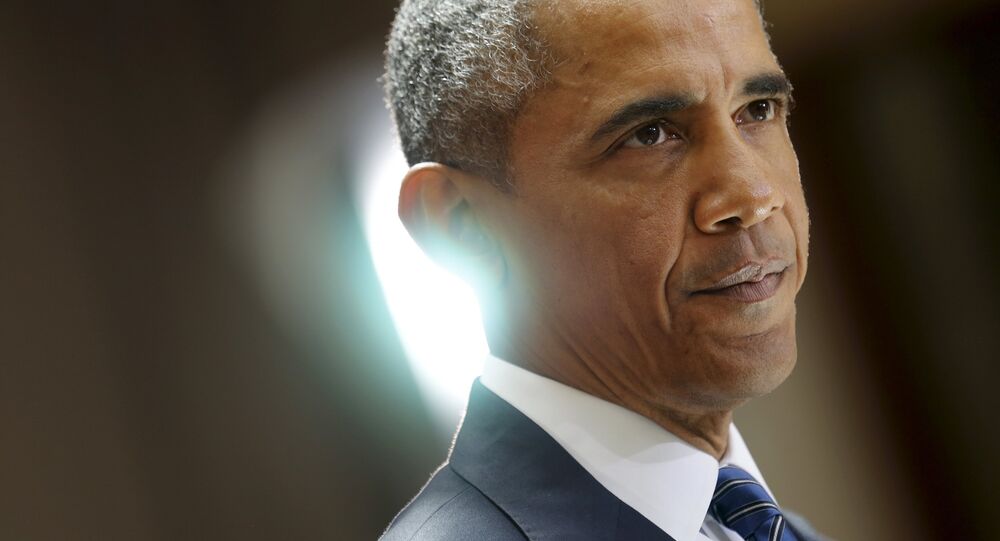 Arrogance Precedes Downfall: Obama Could Learn This From Napoleon, Hitler

Believing and insisting that one nation or one religion are better than others is arrogance that always leads to a downfall – Barack Obama should remember this, Czech writer Ladislav Kašuka warned.

"Interestingly, throughout human history there have been plenty of those who claim that their people, their race or their religion are above everyone else! History offers many such cases," Kašuka noted, citing Egyptian pharaohs, the Catholic Church, Nazis and radical Muslims as an example.

© AP Photo / Gerald Herbert
Obama 'Stricken With Political Paralysis' Over Russia’s Actions in Syria
What happened to them? Rulers of the ancient civilization, who once prospered along the lower reaches of the Nile River, are long since gone. Catholics have focused on "doing good and enlightenment, they are not forcing anyone to convert to their faith," he noted.

Some countries have seen a gradual resurgence of neo-Nazism but nowhere except in Ukraine is there a threat that they could come to power, Kašuka observed.

"Sadly, nowadays many Muslims are becoming radicalized, crowd Europe and create caliphates, where people are forced to live according to the most stringent forms of the Islamic doctrine and laws."

Kašuka believes that there is a silver lining to these otherwise worrying trends. Many have suddenly become interested in what is truly happening in the world: above all they see those who are really trying to solve the current geopolitical crisis while others are only talking and getting richer.

The European Union, according to the expert, is among those who do nothing. "The bloc is unable to protect its borders and only forces member states to do what someone in Washington had come up with," Kašuka noted.

"People are also becoming more aware of the fact that Obama is wrong to openly proclaim at almost every international conference that the American people are the chosen ones and only he can be the leader of global politics and economy," he added.

© Sputnik / Aleksey Nikolskyi
US Doesn’t Know How to Respond to Russia’s Operation in Syria
Arrogance and pride always precede downfall, Kašuka maintains. Napoleon and Hitler shared similar ambitions but had to face someone, whom they could not defeat — Russia.

Kašuka emphasized that Russians never declared that they were special or chosen to rule the world. They have always wanted to live peacefully and forge good relations with other nations.

"Nowadays, if someone promotes his exceptionalism and challenges Russia, which tries to defeat terrorism and bring peace to the lands where the West has brought chaos and destruction, he should remember that Russia does not start wars but wins them," Kašuka concluded.

West 'Will Have to Pay' for US Mistaken Policy Toward Russia