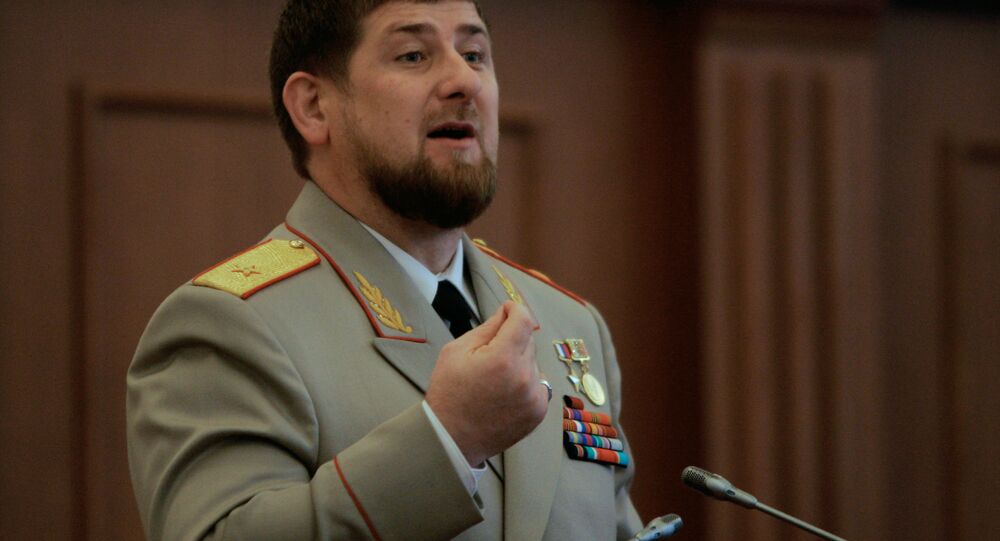 Chechen leader Ramzan Kadyrov said that nobody cares what West thinks about the Russian Air Force operation in Syria.

"One would think the world should applaud, but then we have US and the West worrying about ISIL losses. Yesterday they said it was evil, yet as soon as Russian aviation started conducting airstrikes, they suddenly condemn bombings and call for taking measures against Russia. But there’s the nation behind our army, and nobody cares about the West’s whining," Kadyrov wrote.

YouTube/ChGTRK "Grozny"
Chechen Leader Takes Unique Approach in Dissuading Youths From Joining ISIL (VIDEO)
According to the Russian Defense Ministry, since the beginning of the air campaign Russian air forces have carried out about 140 strikes against terrorist positions, including command centers, training camps and ammunition depots. Russian warships in the Caspian Sea fired 26 cruise missiles on ISIL targets on Wednesday.

The Chechen leader noted that it is not the first time Russia has stood up to terrorist threats and that its enemy "has to be destroyed in its own lair."

Kadyrov added that Chechnya is carrying out preventive activity aimed at keeping Russian youth, and Chechen in particular, from joining the Islamic State.