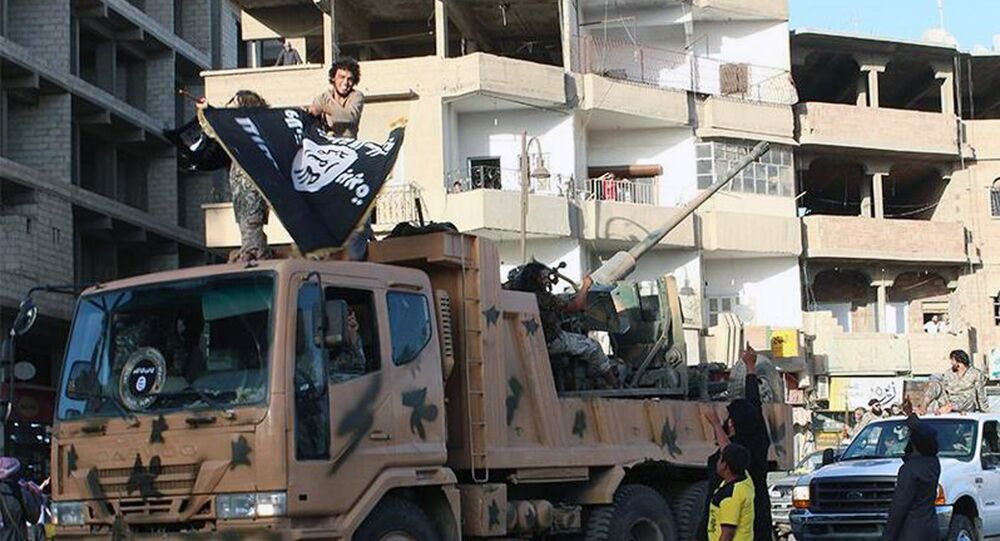 The militants of the Islamic State terrorist organization finances its activities better than expected by using traditional public funds, such as oil and tax collection, Director of the National Counterterrorism Center, Nicholas Rasmussen, told the Congress on Thursday.

“If you look at a general level, we believe that ISIL is now — a well-funded organization with good resources,” Rasmussen said. “We had hoped that over time ISIL’s opportunities to attract financial resources would decrease faster than it did in reality. These militants have shown the ability to find means to use the mineral resources in the controlled territories, mainly oil,” he added.

© AFP 2021 / Tauseef MUSTAFA
NATO Members Involved in ISIL’s Oil-Smuggling Activities - German Media
They have also developed their own manufacturing capabilities. "In some ways they manage their organization as a state, including the use of taxes but also extortion and other criminal methods," said Rasmussen.

The US-led coalition of some 60 nations has conducted over 6,500 airstrikes in Iraq since August 2014 and in Syria since September 2014, albeit without the approval of the UN Security Council or the Syrian government.

On September 30, Russia started precision airstrikes on ISIL targets in Syria, following a request from Syrian President Bashar Assad. According to the Russian Ministry of Defense, 112 airstrikes were performed in total through October 7th.