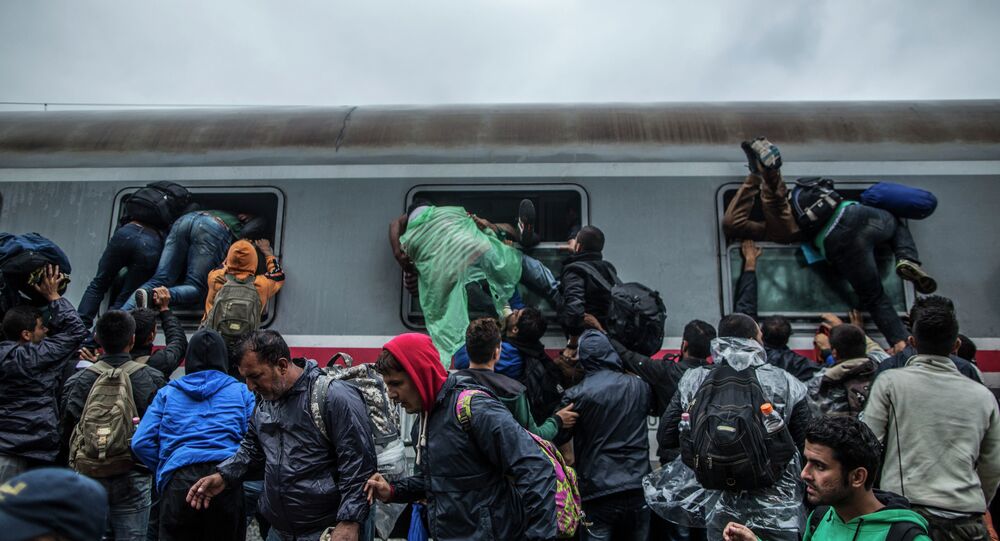 'Russia is Defending Europe by Fighting Terrorists in the Middle East'

Russia is the only nation helping European countries deal with the refugee crisis by fighting against those who caused it, namely the Islamic State and other extremist groups in Syria, Mateusz Piskorski, who heads the European Center for Geopolitical Analysis, told Sputnik.

"It's only Vladimir Putin and Russia who are trying to defend Europe against [mass immigration] by destroying its source, terrorist activities in the Middle East," he said.

Instead of using this opportunity to present a united front against Islamic extremism, the United States and NATO have only criticized Moscow for its anti-terrorism efforts employing rhetoric reminiscent of the Cold War era.

It should come as no surprise, since Washington, according to the analyst, has no intention to tackle ISIL. "When we look at the US operations and compare them to the ones undertaken by Russia we can clearly see that it's Russia who is trying to fight the terrorist threat in the Middle East, not the United States," he pointed out.

Russian Defense Ministry
Russia Versus ISIL: Here's What Happened So Far
Moreover, the US is using the refugee crisis to its own advantage, Piskorski noted. He mentioned that American foundations are sponsoring NGOs across Europe that are assisting incoming migrants. But Washington appears not to be driven by humanitarian concerns.

"From the geopolitical point of view it's quite obvious that the United States is trying to disturb European countries" by supporting immigration, which Piskorski said, some experts consider a sort of a weapon.

Piskorski is convinced that "Vladimir Putin is getting more and more support [both in European political circles and societies] after his decision to intervene in Syria."

Meanwhile, the US-led coalition continues to conduct airstrikes in Syria without the approval of the UN Security Council or the Syrian government.