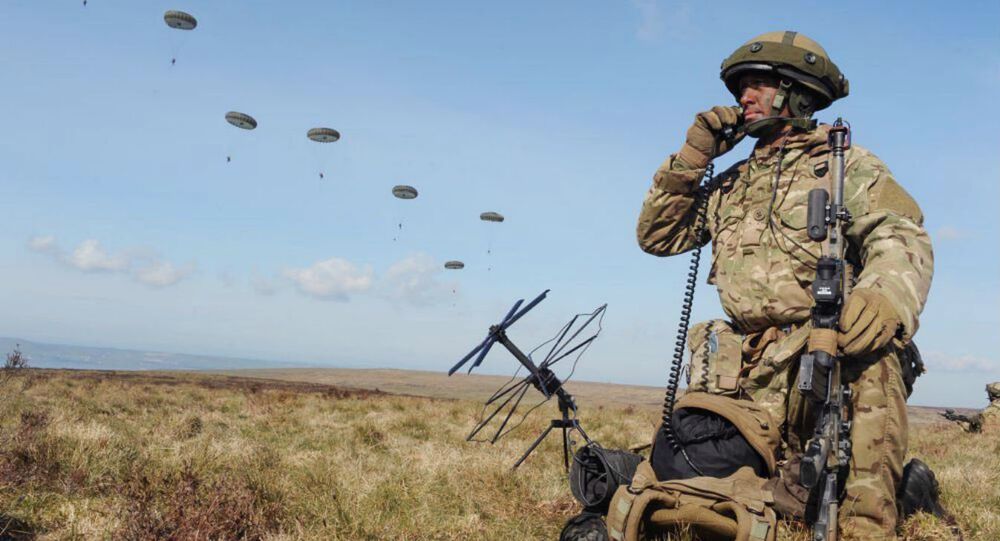 Washington's "scaremongering" based entirely on a nonexistent threat has always been used by US hawks to justify their aggressive military plans, US author Stephen Lendman notes, adding that Russia's "menace" widely discussed by Pentagon officials is "fabricated rubbish."

"Claims about potential Russian aggression or other hostile acts are fabricated rubbish. Fear-mongering is a longstanding US tactic — a pretext to rev up military spending, enlist more allies in its war machine, and divert public attention from what matters most domestically: ending austerity, creating quality full-time jobs and governance serving everyone equitably," Lendman elaborated in his article for Global Research.

© Sputnik / Igor Zarembo
Syrian Strikes: A Win for Russia Will be a Win for Syria and Middle East
Fantasies regarding hypothetical "Russian aggression" in the Baltic region, myths about non-traditional warfare and hybrid tactics implemented by "bad" Russians, as well as stories of omnipresent "little green men" in Ukraine are ludicrous and groundless, the author noted.

Lendman cited Russian President Vladimir Putin, known for his pragmatic and realpolitik approach. "I think that only an insane person, and only in a dream, can imagine that Russia would suddenly attack NATO," the Russian President underscored in June, pointing to the obvious fact that the Pentagon maintains hundreds of military bases across the world while Russia "has virtually no bases abroad."

Incredible as it may seem, Rand Corp. strategist/former US Defense Department official David Ochmanek even went so far as to claim that Russia "outnumber(s) all US and NATO troops (combined) 2-1 in terms of manpower." "We are unable to defend the Baltics," Ochmanek said, as quoted by Lendman.

© Flickr / Alan Wilson
US and Russia Should Form Coordinated Coalition in Syria – Stephen Cohen
Crying wolf in the Baltic region, in Ukraine and in Syria, Russophobic Pentagon officials and US political analysts "ignore the real threat" — that the blatant NATO expansion toward Russian borders in Eastern Europe accompanied by the Pentagon's saber-ratting and muscle flexing in former Soviet republics could deteriorate the situation tremendously.

The reports of recent the US and NATO's decision to modernize its nuclear arsenal in Europe, deploying new B61-12 atomic weaponry in Belgium and Germany, have only added fuel to the fire.

What is the root cause of the US' provocative behavior?

"Longstanding US policy calls for regime change in all sovereign independent countries — by color revolutions or wars, notably targeting Russia, China, Iran and Venezuela, to eliminate major rivals and control world resources, especially oil. The Pentagon maintains war plans against all targeted countries, updating them as needed, ready to act if ordered — risking potential global war," the US author elaborated.