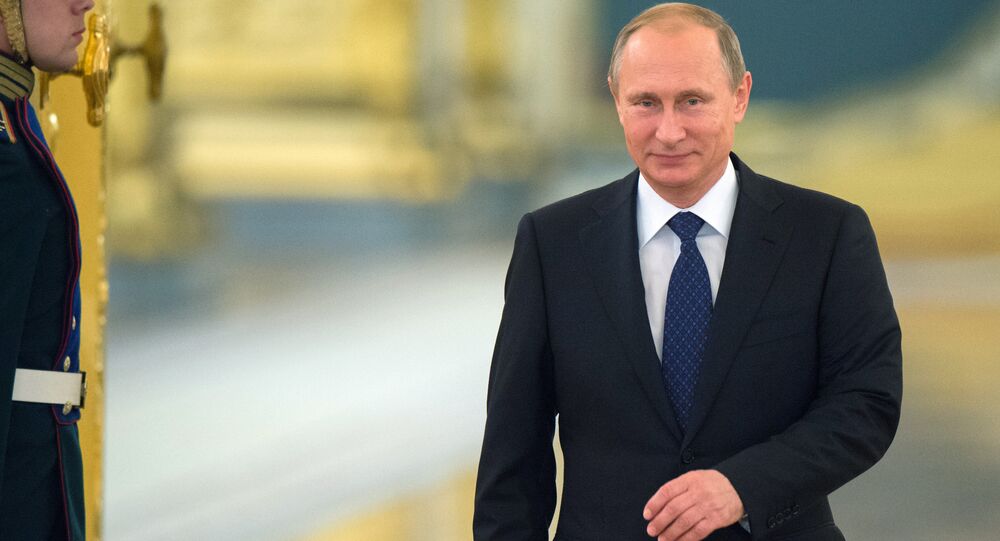 Russian President Vladimir Putin has a more clear strategy in Syria for he is not confused about his allies and enemies, The Washington Post wrote.

Putin’s ability to act forcefully and purposively in Syria has nothing to do with his boldness and doesn’t mean he is more determined as compared to Obama; it’s just that his strategy is more transparent.

© AP Photo / Muzaffar Salman, File
Russia in Syria: Putin is Doing Everything Right – German Magazine
Putin has an ally (the government of Syrian President Bashar Assad) and an enemy (Assad’s opponents). So he stands behind his ally and fights his enemy, whereas the US and the West have completely lost their bearings, the newspaper wrote.

It’s uncertain who US is fighting for in this struggle. Well, it is clear that Washington is against Assad’s regime and against ISIL – the regime’s principal opponent, as twisted as it may sound. It is also against all those major groups combating for control over Damascus, except for some “moderate” opposition militants like the Syrian Kurds. This doesn’t at all help strategic coherence, WP noted.

“[US] is closely allied with the Iraqi government in its fight against militant Sunnis in that country. But it finds itself fighting on the same side of these militant Sunnis across the border in Syria as they battle the Assad regime,” the newspaper wrote.

© AP Photo / Marko Drobnjakovic
Obama’s Failed ‘Non-Strategy’ in MidEast Has Fallen Into Ruins
The ultimate idea possessed by US is to create a new opposition army in Syria so that it captures Assad’s territories and in the result the new government is formed.

However, the US will hardly achieve this goal. Believing in such outcome, WP wrote, would be excusable 15 years ago, but not now. Not after Afghanistan, Iraq, Yemen and Libya.

After all this experience such ideas belong to fantasy novels, not to foreign policy as it is obvious by now that Washington succeeds when it’s allied with a local force that is capable and viewed as legitimate, otherwise all the efforts can only do so much.

Up until now the West has been combining maximalist and uncompromising rhetoric with ineffective actions in Syria, and that only helps Putin look smart, the newspaper concluded.