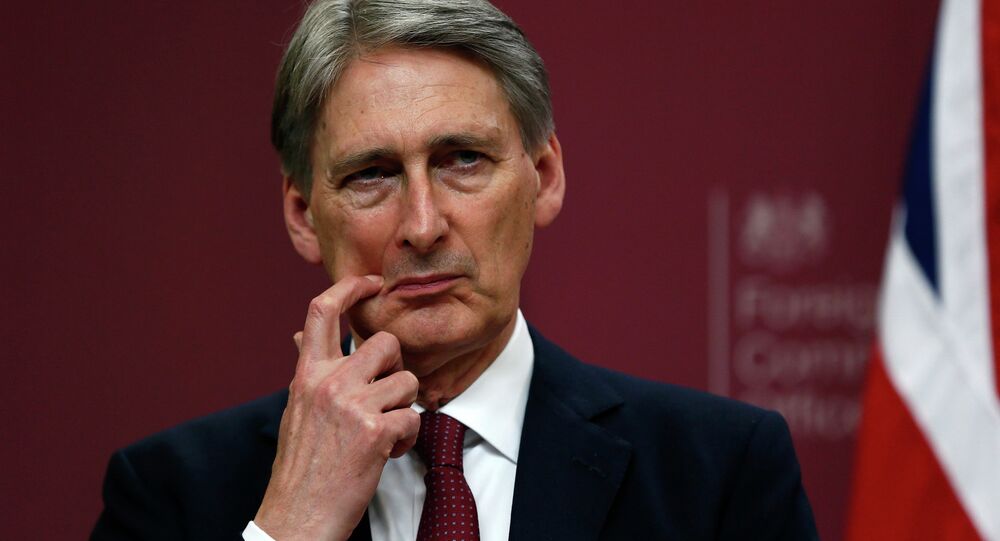 British Foreign Secretary Philip Hammond tried giving a little tongue-lashing to Russia after false media reports about Russian airstrikes hitting the positions of “moderate” Syrian rebels. The Russian Embassy in Britain came back with a witty reply, reminding Hammond about the not-so-legal nature of British airstrikes.

As British media was quick to blame Russia for hitting the positions of CIA-trained "moderate" Syrian rebels, Hammond came up with the following message:

"Russia must be clear w/ int'l community that it's targeting #ISIL or AQ-affiliated militias and not moderate #Syria opposition forces #UNGA," Hammond said on Twitter.

The Russian Embassy in Britain came back with a brilliant reply, quite possibly making Hammond regret his earlier jabs at Russia.

.@PHammondMP Russian actions in Syria are legitimate by intl law, unlike those of others.We're acting on Govt request pic.twitter.com/bAeAWHup5r

On Wednesday, Russia commenced precision airstrikes on ISIL targets in Syria. International law, as defined by the UN Charter, permits the use of force in a foreign country only if it has been authorized by the UN Security Council, as an act of self-defense, or at the request of the country's authorities.

Russia launched airstrikes on ISIL targets in Syria following a request from President Bashar Assad. Meanwhile, a US-led coalition, including Britain of course, has been bombing ISIL positions in Syria without the approval of the UN Security Council or the Syrian government for over a year now.