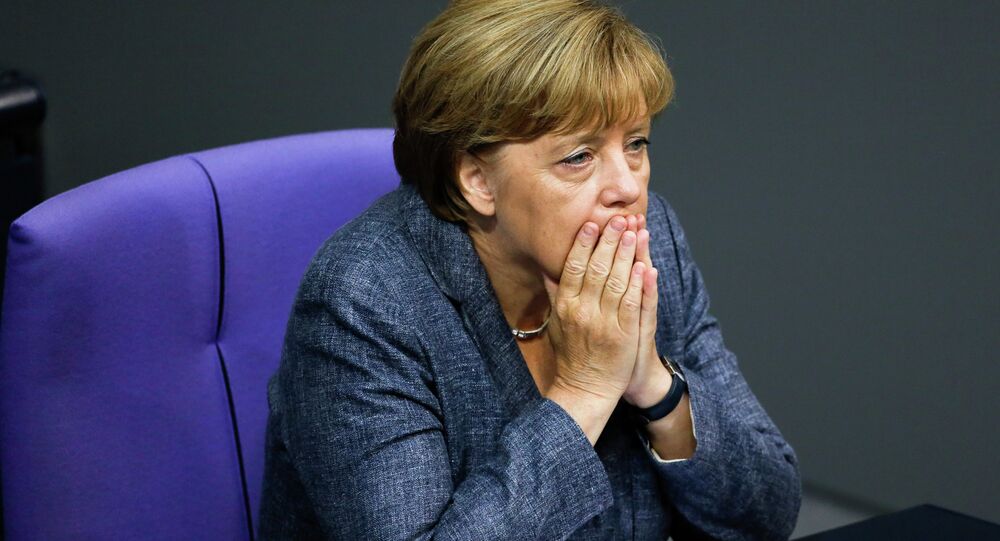 German Chancellor Angela Merkel is currently going through some real tough times and it looks like Merkel’s chancellorship is reaching a tipping point, Matthew Karnitschnig wrote for Politico.

The Chancellorette has been dealing with a problem after problem over the past several months. First it was the Ukrainian standoff, then the Greek crisis, then Middle Eastern refugees started pouring into Europe with whom Germany doesn't really know how to deal with.

Besides these external problems, not everything is quiet on the home front either. The country has been hit with the emissions scandal involving Volkswagen, a government scuffle over the issue of anti-Russian sanctions and the fall of the German army's stronghold in Afghanistan.

"In short, Berlin is taking heat on all fronts," Karnitschnig said, as cited by Politico.

© AP Photo / Geert Vanden Wijngaert
From Bully to Big Heart, Angela Merkel’s Euro Re-Brand
This is the time for Merkel to exercise her leadership and show the rest of Europe that she can deal with multiple crises, whether it's the refugees, Ukraine, the Eurozone and Volkswagen all at once.

"Germany is experiencing what happens when you're a leader, when you're expected as a nation to take responsibility," said Jan Techau, director of Carnegie Europe, a Brussels-based think tank, as cited by Politico.

Many criticize Merkel for being too pragmatic, dispassionate and unwilling to take hard initiatives, Karnitschnig said. But with the new reality facing Germany, Merkel would have to change and start making hard political decisions, like real leaders do.

Merkel Hits Out at European Xenophobia Amid Refugee Crisis