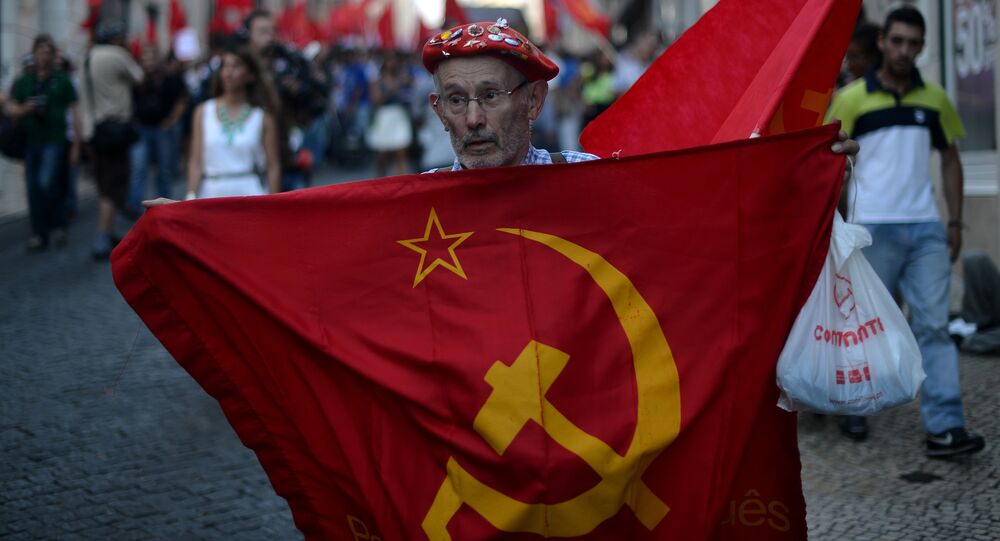 Upcoming parliamentary elections in Portugal may be a good opportunity to put an end to the rule of the right-wing parties in the country, Angelo Alves, a central political committee member with the Portuguese Communist Party, told Sputnik.

MOSCOW (Sputnik), Yulia Shamporova – Parliamentary elections in Portugal are scheduled for Sunday, October 4. The Portuguese parliament, Assembly of the Republic, has 230 seats, and members are elected for a four-year term.

"Sunday's election represents good opportunity to punish the current Portuguese government, but also, most importantly, to do away with the right-wing politics in the country. Portugal needs an alternative policy, patriotic policy, socialist policy to break off with the right-wing course," Alves said.

He added that the Communist Party's goal at the election "is to contribute to the loss of the right-wing government and the right-wing course as a whole that has been carried out by the Socialist Party (PS), the Social Democratic Party (PSD) and the Democratic and Social Center – People’s Party (CDS-PP) during the last 39 years."

© AP Photo / Armando Franca
Portugal Should Consider Leaving Eurozone – Communist Party
The politician added that right-wing parties have led Portugal to a deep economic and social crisis, triggered by the austerity measures imposed by the international lenders to the country.

Thus, according to Angelo Alves, extremely low salaries and an inability to financially plan the future are primary challenges for young people in the country.

"The main problem which the youth faces in Portugal can be described by two words: poverty and uncertainty. Poverty — as the salaries of the young people tend to be extremely pitiful, uncertainty — as the lack of funds does not afford them to plan their future. And this scheme must be changed," Alves said.

In December 2011, Portuguese Prime Minister Pedro Passos Coelho suggested that the best way for Portuguese youth to find a job was to emigrate to Portuguese-speaking countries like Brazil or Angola.

At the moment the ruling center-right Portugal Alliance coalition, comprising PSD and CDS–PP, holds 132 seats in Portugal’s 230-seat Assembly of the Republic, followed by the PS with 74 seats. The rest are allocated among the United Democratic Coalition at 16 seats and the Left Bloc at eight.