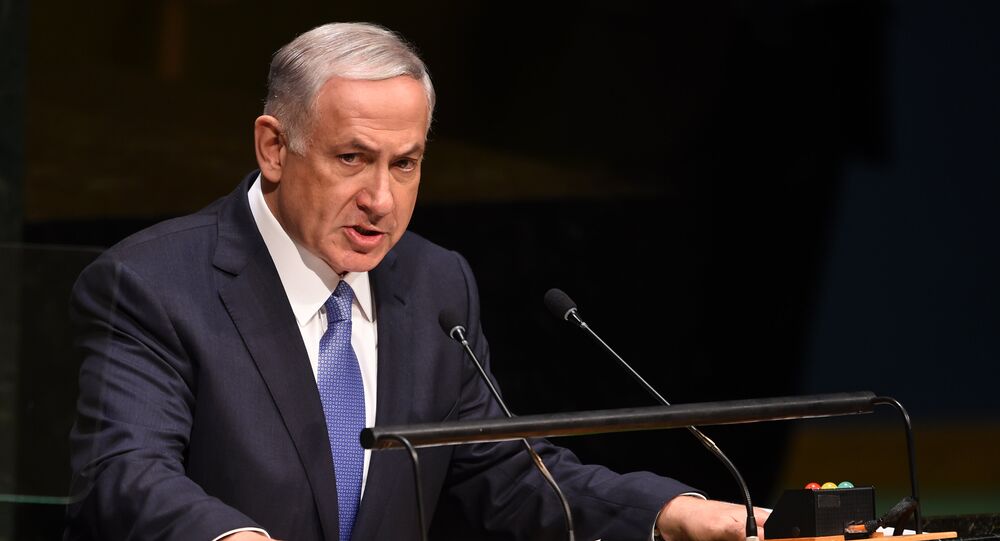 UNITED NATIONS (Sputnik) — Israel's leadership has long opposed the agreement between the P5+1 group of countries and Iran, warning that the concessions offered to Tehran by the six world powers endanger stability in the Middle East.

"I think that it’s something that is not well understood now," Shalom said on Thursday when asked about Israeli Prime Minister Benjamin Netanyahu’s speech before the UN General Assembly. "Unfortunately, I think it will be understood in a short time."

Earlier in the day, Netanyahu said that the nuclear agreement between Tehran and the six world powers known as the P5+1 group is likely to lead to results that are the opposite of what the deal supporters expect.

"This deal does not make peace more likely, by fueling Iran’s aggression with billions of dollars with sanctions relief, it makes war more likely," Netanyahu said.

According to the Netanyahu, during the past six month after signing the framework agreement, "Iran boosted its supply of devastating weapons in Syria, Iran sent more soldiers of its revolutionary guard into Syria, Iran sent thousands of Afghan and Pakistani Shiites to Syria" to prop up "Assad’s brutal regime."

Netanyahu also mentioned Iranian support for the Houthis in Yemen, the Hezbollah militant group in Lebanon and Hamas in the Gaza Strip.

"After three days of listening to world leaders praise the nuclear deal with Iran [I say]: ladies and gentlemen, check your enthusiasm at the door," Netanyahu said.