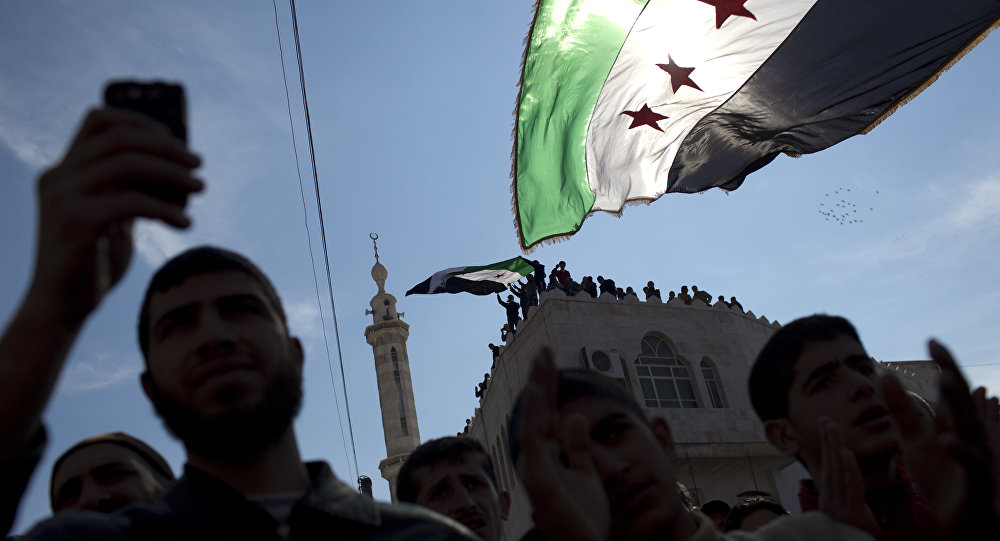 Syrian authorities and members of opposition, who have been negotiating a peace deal in Geneva, want to sign the agreement in Prague, Czech President Milos Zeman said.

PRAGUE (Sputnik) – According to the president, the peace talks in Geneva will probably continue for several months before a treaty can be signed.

"This document is already starting to be called the Prague Declaration,” Zeman said, as quoted by the Cesky Rozhlas radio station.

Zeman added that he is ready to support the participants in their negotiations in case the Syrian government decides to sign the final declaration with the “democratic opposition”, but not with any radical or terrorist organizations.

Syria has been mired in civil war since 2011, with the country’s government fighting several opposition factions and numerous militant groups, including Islamic State.

Moscow and Geneva have each hosted two rounds of talks between the representatives of the Syrian opposition and the country's authorities.