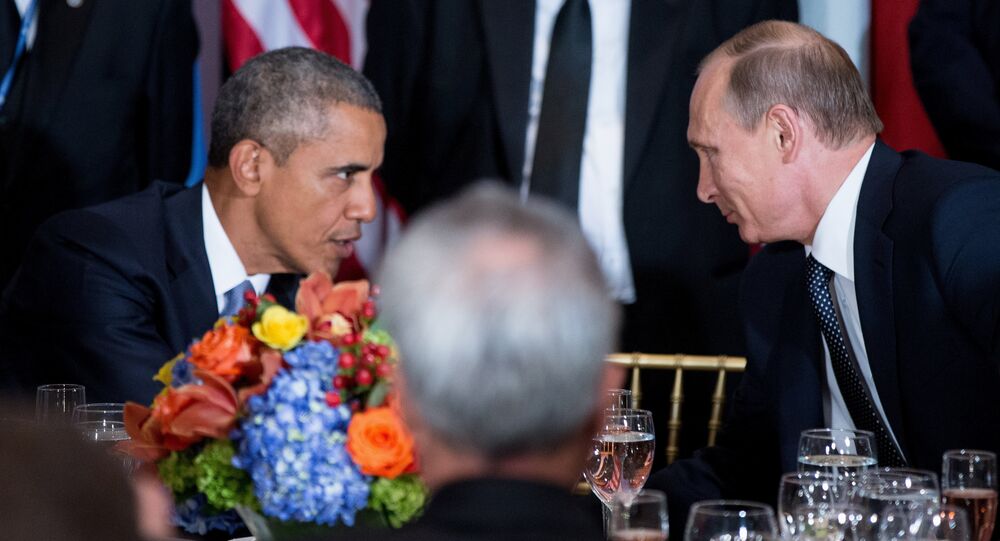 White House spokesperson Josh Earnest speaks about the highlights of US President Barack Obama and his Russian counterpart Vladimir Putin meeting in New York on the sidelines of the UN General Assembly.

WASHINGTON (Sputnik) — The meeting between US President Barack Obama and Russian President Vladimir Putin resulted in the agreement to hold talks on the conflict resolution of Russian and US activities in Syria, White House spokesperson Josh Earnest told reporters on Tuesday.

Earnest said the two leaders agreed to start a conversation on a "practical and tactical level to deconflict American and Russian military activity inside of Syria."

Obama and Putin met on the sidelines of the UN General Assembly on Monday.

Barack Obama admitted that there is no specific time frame for Bashar Assad's resignation and political transition in Syria, Earnest added.

The US president acknowledged it would be “a managed transition” and “it’s unclear what time frame this would be under…There are a lot of other countries that agree with us,” Earnest said, according to a pool report released by the White House press office.