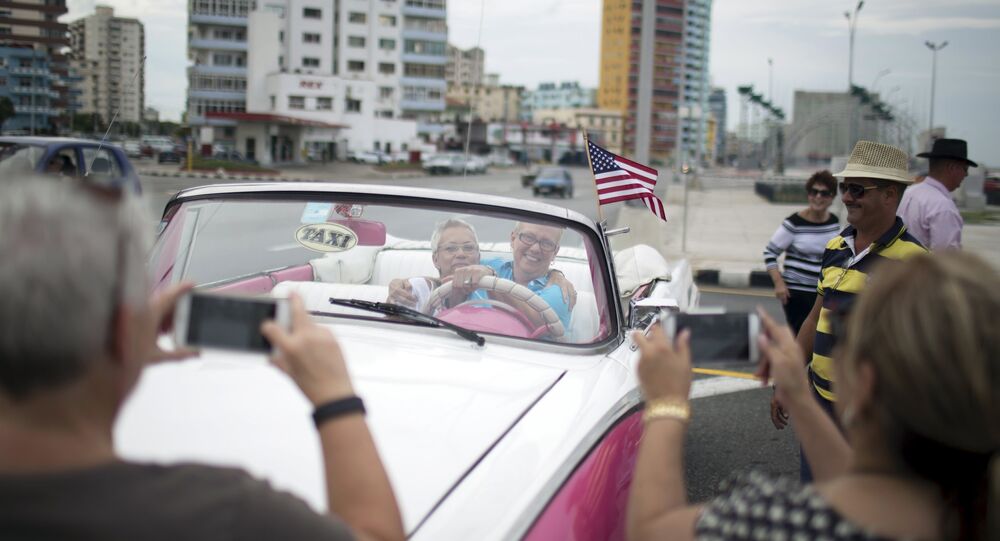 US Must Lift Trade Embargo to Fully Normalize Relations With Cuba

Cuban Foreign Minister Bruno Rodriguez said that the Cuban delegation to the UN will present a draft resolution to the General Assembly as to why the United States should lift the trade embargo against the country in late October.

UNITED NATIONS (Sputnik) — The trade embargo imposed by the United States on Cuba must be lifted in order to fully normalize relations between the two countries, Cuban Foreign Minister Bruno Rodriguez said at the UN General Assembly on Tuesday.

“This has not been in any way modified, the pace of the process toward the normalization of relations between the governments of the United States and Cuba will depend on the lifting of the blockade,” Rodriguez stated.

© AFP 2021 / TIMOTHY A. CLARY
Castro: Guantanamo, Embargo Keep US-Cuba Relations on Ice
“Since the blockade is a tangible reality that has not been modified, on October 27, the Cuban delegation will present to the General Assembly of the UN the draft resolution entitled: ‘Necessity of Ending The Economic, Commercial, and Financial Blockade Imposed by The United States of America Against Cuba,’” Rodriguez also said.

"It is a violation of the universally accepted regulations governing international trade and freedom of navigation," Rodriguez said. "[I]t is also a flagrant violation of international law as well as the principles and purposes established by the UN Charter."