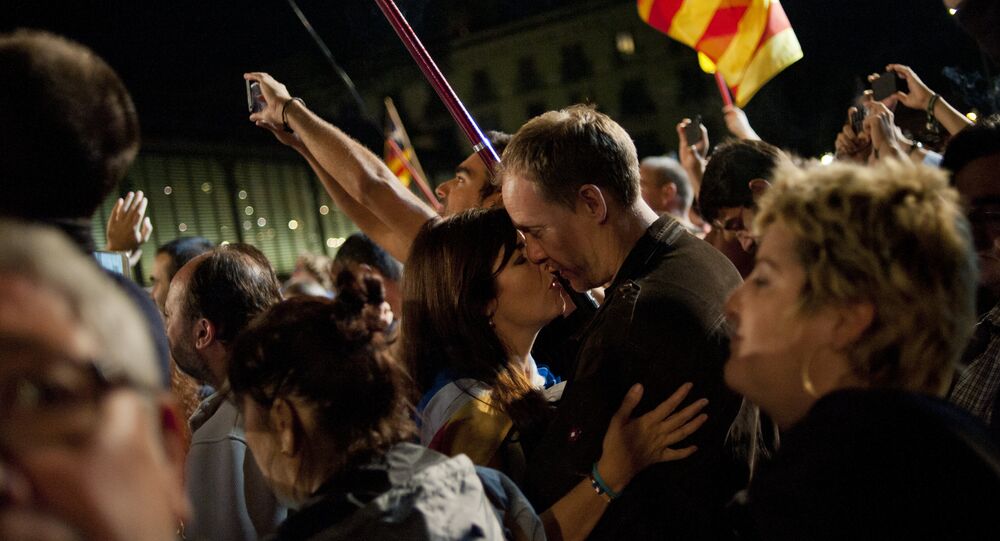 Moscow views the situation in Catalonia as Spain's internal affair, according to a source in the Russian Foreign Ministry.

MOSCOW (Sputnik) — Moscow is hoping that political processes in Catalonia will develop in line with existing legislation, a source in the Russian Foreign Ministry said Tuesday commenting on recent local elections in Spain's north-eastern autonomous community.

Two pro-independence factions secured a majority in the Catalan parliament in a local parliamentary election that saw over 77 percent of the population vote on Sunday.

"We view the situation in Catalonia as Spain's internal affair. We are hoping that the political processes in this Spanish region will develop in the framework of the Spanish legislation," the source told RIA Novosti.

A coalition of pro-independence parties has pledged to begin the process of secession from Spain should they win a majority at the December general election.