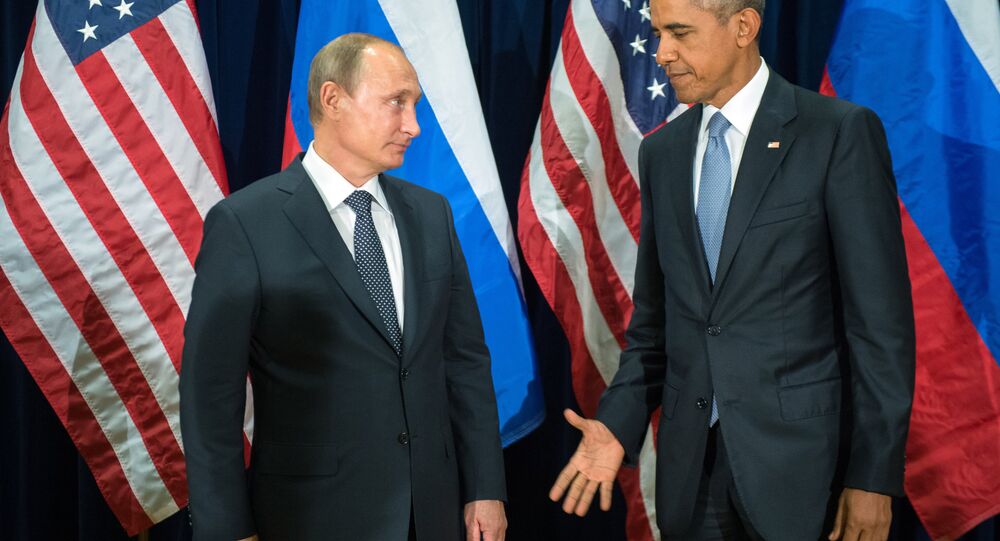 The Western media has assessed President Putin’s speech at the UN General Assembly, mostly comparing it to that of President Obama; the comparisons turned out not in favor of the American head of state. Here are just some of the evaluations.

“Vladimir Putin is back — and stealing Barack Obama's thunder on the world’s stage,” read the article on CNN's politics website.

“Putin's message at the UN podium Monday was a simple one: US interventions and unilateralism have backfired in the Middle East, and it is time to try something new,” the website added.

Another American news outlet, The New York Post, praised the Russian president, calling him “the world’s most powerful leader”, sadly adding that it was their own president who had turned him into as such.

“The baton was officially transferred Monday to the world’s new sole superpower — and Vladimir Putin willingly picked it up,” reads one of its articles.

“At long last, a decisive world leader is projecting genuine leadership in the Middle East generally, and the Syrian crisis in particular. Unfortunately, that leader is Russia’s Vladimir Putin — not President Obama,” read another one.

© Sputnik / Aleksey Nikolskyi
Worlds Apart: Social Media Reacts to Obama, Putin UN Speeches
The major winning point for Russia, it adds, is its policy on resolving the Syrian crisis and his call for a broad international coalition to fight the Islamic State in Syria and Iraq.

“Obama declared his willingness 'to work with any nation, including Russia and Iran, to resolve the conflict.' Putin had already answered Obama’s words with action — stunning Washington with an intelligence-sharing accord with Iran, Iraq and Syria.”

The New York Times also noted that the call for “a genuinely broad international coalition appears to be  a step to outmaneuver Mr. Obama on Syria”.

French news channel France 24 pointed out that President Putin's speech and his meeting with his US counterpart marked the return of the Russian leader, who had been sidelined by the West because of the Ukrainian conflict and his unwavering support of Syrian President Bashar al-Assad, on the international stage.

© AFP 2021 / DON EMMERT
In Brief: Putin's Address to the United Nations in 10 Quotes
The Russian head of state, it says, is slowly taking his place in the center of the game on Syria.

“Putin’s speech shows who is in charge,” it said. The “Obama administration's impotence and failure to bring any sort of resolution to [the] Syrian civil war or to curb ISIS significantly has allowed Putin to take the initiative.”

“The last time Russian President Vladimir Putin spoke at the United Nations General Assembly, exactly 10 years ago, he made do with a five-minute speech extolling the UN’s virtues. On Monday, it was a different, much more aggressive Putin. He spoke for 20 minutes and presented a clear and forceful foreign policy for his country,” it added.

“It seems that Prime Minister Benjamin Netanyahu was the first to recognize the new reality, when he rushed to Moscow last week to discuss coordination methods which would allow Israeli forces to continue operating in Syria, alongside the new Russian presence. For now, Putin is in charge,” it concluded.