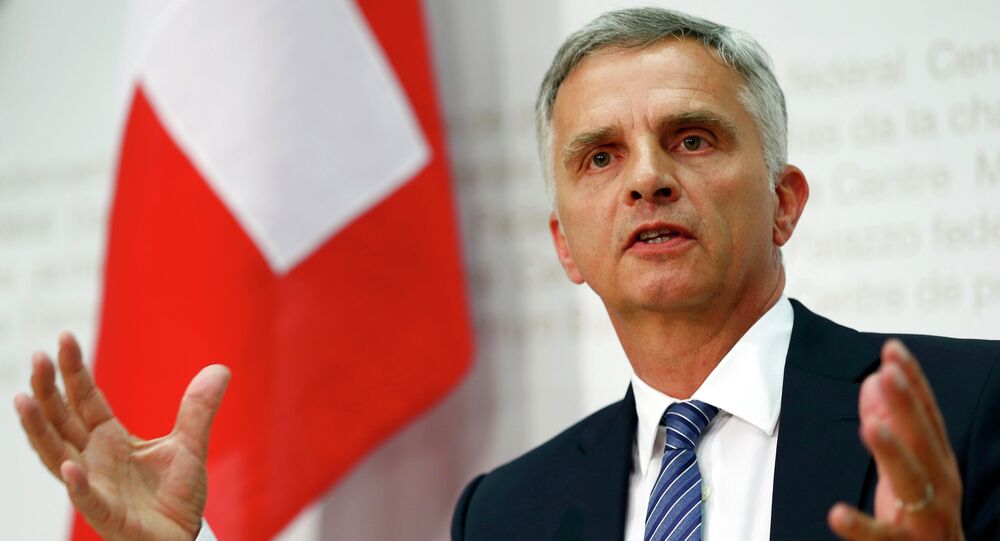 The West should lift the anti-Russia sanctions imposed over the Ukrainian conflict if the situation in the country gets better, Swiss Foreign Minister Didier Burkhalter told Sputnik on the sidelines of the UN General Assembly meeting.

"We think it is very important that the sanctions that are taken in the frame of the Ukraine crisis are lifted if there is a situation which is improving and therefore, Switzerland already for a long time has an autonomous policy about sanctions," Burkhalter said on Monday.

The Foreign Minister added the autonomous policy will continue.

"We don’t follow just sanctions coming from alliances or other countries, but we don’t want to be a place which circumvents the sanctions of Europe," he explained. "We will follow this autonomous policy and we are sure that if the situation in Ukraine improves, it will be good for everybody and [for] Russia."

The European Union, the United States and their allies introduced several rounds of sanctions against Russia in 2014, having accused the country of interfering in the Ukrainian crisis. Russia has repeatedly refuted the accusations.

Tehran Hopes Western Sanctions Will 'Have No Negative Impact' on Russia

Russia Surprised by US Reluctance to Condemn Kiev Sanctions on Journalists