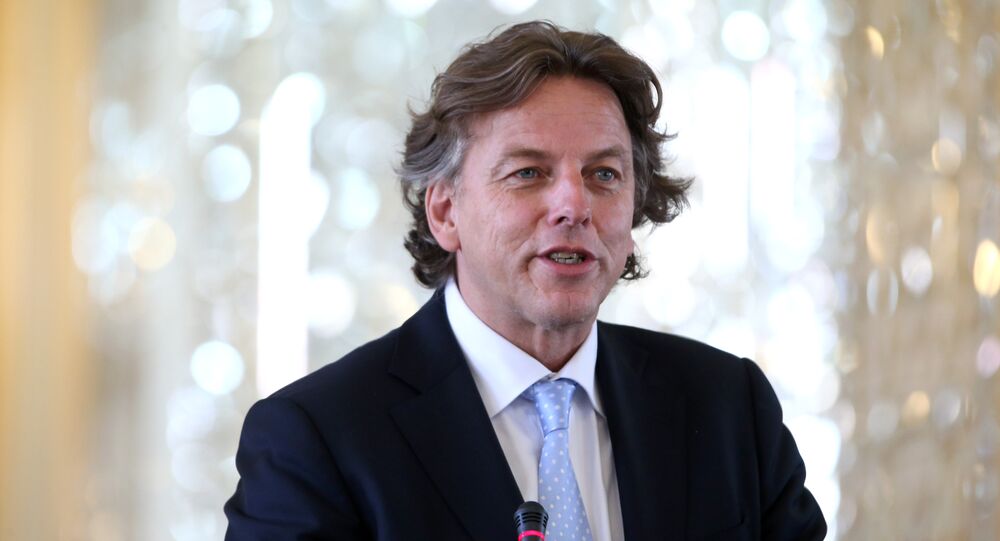 Bert Koenders, the Dutch foreign minister, said that the international community has to talk to the people of the Syrian President Bashar Assad regime, but "there is no future for Assad."

NEW YORK (Sputnik) – The international community should talk to the Syrian government in order to solve the crisis in the country, the Dutch foreign minister said Sunday.

© AP Photo / Jason DeCrow
US, Russia Both Have the Will to Counter ISIL Together
"Of course, we have to talk to the people of the [President Bashar Assad] regime, and it’s already happening," Bert Koenders told reporters.

He added that he supported the Geneva communique on Syria, adopted in June 2012. The document adheres to the norms and principles of the international law and respects the sovereignty of other states. The document seeks to bring together the opposing parties to end the conflict in the country.

"There is a transition government there to come, and there is no future for Assad," Koenders added.