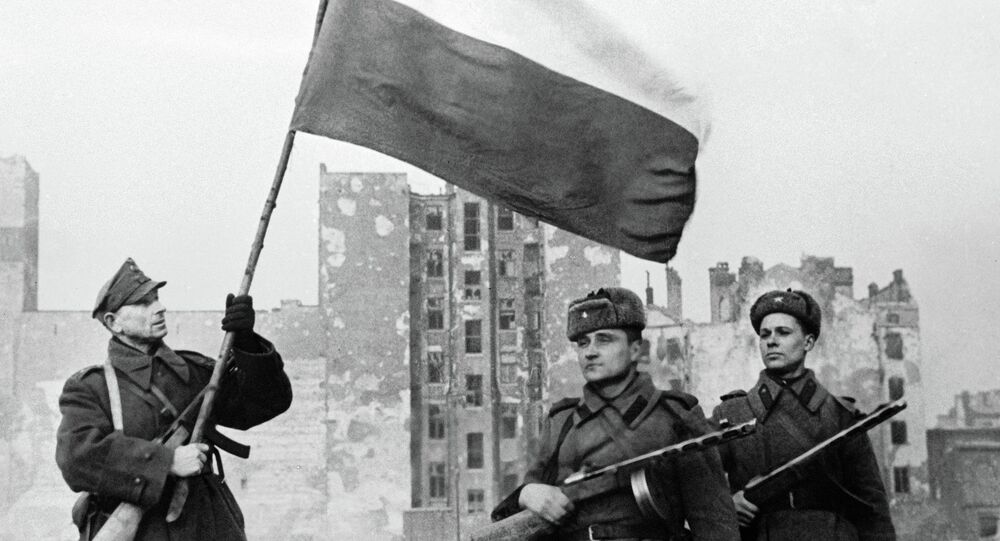 On Saturday, an incensed Polish foreign ministry declared that it would summon the Russian ambassador over comments in an interview for Polish television where the envoy gave his perspective on Poland's role in the lead-up to the Second World War. Just what did the ambassador say, and what is this dragging diplomatic spat really about?

On Friday, in an interview for Poland's TVN24, commenting on the role of the Second World War in the formation of relations between present-day Poland and Russia, Russian Ambassador Sergei Andreyev noted that Warsaw's foreign policy leading up to the war was partly responsible for the "catastrophe" of September, 1939.

Andreyev recalled that "throughout the 1930s, Poland repeatedly blocked the creation of a coalition against Nazi Germany. Therefore, Poland can be said to be partly responsible for the catastrophe which occurred in September, 1939."

The ambassador was presumably referring to Warsaw's policy of vacillation between facilitating Hitler's aggression (via, for instance, participating in annexing territories from Czechoslovakia along with Germany in 1938), while simultaneously maintaining a stubborn anti-Soviet position when it came to negotiations on a Soviet-French-British alliance to contain Berlin's ambitions as far as Poland itself was concerned.

It's enough to recall that even following Germany's decision to completely annex and break up Czechoslovakia in March 1939, though it realized that it was next in line for Hitler's aggression, Poland continued to resist the creation of an anti-Hitler defense pact with Britain, France and the Soviet Union. This agreement would have guaranteed Poland's territorial integrity, achieved in part via the stationing of Soviet forces on Polish territory. Warsaw refused even to consider participating in a Soviet-proposed security conference aimed at the formation of a unified, consolidated response to possible German aggression. Instead, the Western powers were forced to issue a unilateral guarantee to defend Polish independence, without any real military ability to back up the guarantee.

© Photo : http://ombudskid.livejournal.com/
Memory Loss: Poland Proposes to Remove 'Alien' Soviet Memorials to War Dead
In the interview, coming on the heels of Poland's decision to dismantle a monument to Soviet General Ivan Chernyakhovsky, who fell in battle during the liberation of Poland in February 1945, Andreyev also emphasized that Russian-Polish relations are now at their worst levels since the Second World War. He noted that Warsaw was largely to blame for a unilateral freeze on political, cultural and other contacts.

Despite their matter-of-fact nature, Andreyev's remarks prompted immediate condemnation from the Polish foreign ministry, which noted its "surprise and concern over the views expressed," adding that "the narrative presented by the highest official of the Russian state in Poland undermines historical truth and refers to the most inaccurate interpretation of events."

Meanwhile, Foreign Minister Grzegorz Schetyna has stepped out demanding that Andreev appear before the Polish foreign ministry to "clarify" his "unjust and untrue" comments. "These are deplorable statements, arising from a failure to understand history," he noted.

Schetyna added that it's now "2015, and it seems to me that you cannot say things which brings us back to the days when Russian, or more precisely Soviet diplomacy was led by [former Soviet Foreign Minister] Vyacheslav Molotov." The official suggested that Andreyev's remarks "are precisely the arguments and such a view of history. The Polish side will never agree. We will always keenly and firmly respond on these issues."

© AP Photo / Czarek Sokolowski
Moscow Lodges Protest Over Demolition of Soviet Monuments in Poland
Alexei Pushkov, head of the Foreign Affairs Committee of the Russian Duma, responded to Schetyna's comments by noting that the minister has no right to teach anyone about history, given his own ridiculous commentary made earlier this year amidst commemorations of the 70th anniversary of the liberation of the Auschwitz concentration camp.

Schetyna had claimed that it was the Ukrainians, rather than the Soviet army, which liberated the Nazi concentration camp, pointing out that it was the First Ukrainian Front which had done the liberating. In fact, the First Ukrainian Front got its name from the army group's territorial dislocation, not its ethnic composition. The army group naturally included Ukrainians, but was a multiethnic force composed of people from across the Soviet Union, not just Ukraine.

"After the ahistorical statement by the Polish foreign minister about Ukrainians as the 'liberators of Auschwitz', Warsaw has no right to teach our ambassador history."

The Polish foreign ministry's summons to the Russian ambassador is part of a long-standing diplomatic conflict between the two countries over the preservation of historical memory of the Second World War. Russia has protested Poland's mass program of dismantling Soviet-era war memorials, asking that authorities respect the 600,000 Soviet soldiers who laid down their lives in liberating the country from the Nazis.

© Photo : Przemysław Woźnica
Soviet WWII Memorial Vandalized in Poland
Earlier this year, Russia was also incensed by Polish officials' refusal to commemorate the 70th anniversary of the liberation of Polish territories, despite the fact that Poles too shed blood in these efforts. Following the collapse of communism, the Polish government began to downplay the role of the forces of the Polish People's Army, formed in the USSR and eastern Poland, in liberating the country, and Europe, from Nazism. Historians and politicians have gone on to suggest that the joint Soviet-Polish sacrifices led not to liberation, but to "a second occupation…from the East."

This month, Moscow has already summoned the Polish ambassador twice, first over the dismantling of the monument to General Chernyakhovsky in Pieniezno, and then to protest the desecration of nearly 60 tombstones of fallen Soviet soldiers in Milejczyce, eastern Poland.