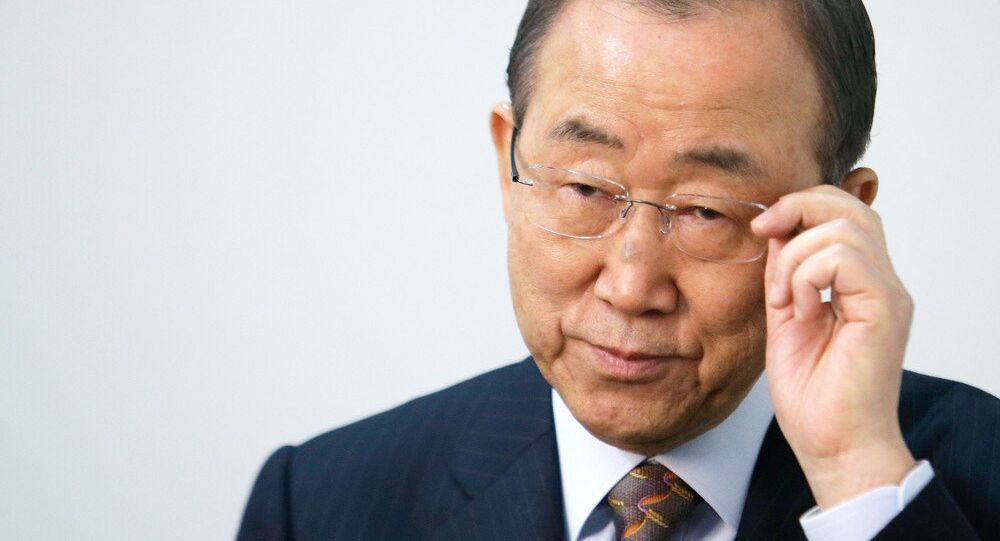 UN Secretary General Ban Ki-moon on Saturday congratulated Cyprus President Nicos Anastasiades for progress made together with the Turkish Cypriot leader Mustafa Akinci at the UN-sponsored peace negotiations, according to a UN statement.

© AP Photo / Petros Karadjias
Eurogroup to Meet Sept. 12 to Assess Economic Recovery of Greece, Cyprus
UNITED NATIONS (Sputnik) – After a seven-month hiatus, negotiations to create a united Cyprus federation, which would be a bi-communal, bi-zonal state resumed on May 15, leading to the removal of visa requirements as a goodwill gesture and a step toward reunification.

“The Secretary-General commended Mr. Anastasiades for the visionary leadership he has demonstrated and the progress he has made together with the Turkish Cypriot leader, Mr. Akinci,” the statement, issued on Saturday, reads.

The statement added that “the Secretary-General particularly welcomed the leaders’ commitment to work tirelessly in order to reach a settlement as soon as possible.”

The Eastern Mediterranean island has been partitioned since 1974, when Turkish troops occupied its northern part and proclaimed the Turkish Republic of Northern Cyprus (TRNC) nearly a decade later. Only Turkey recognizes the TRNC, also known as Northern Cyprus.