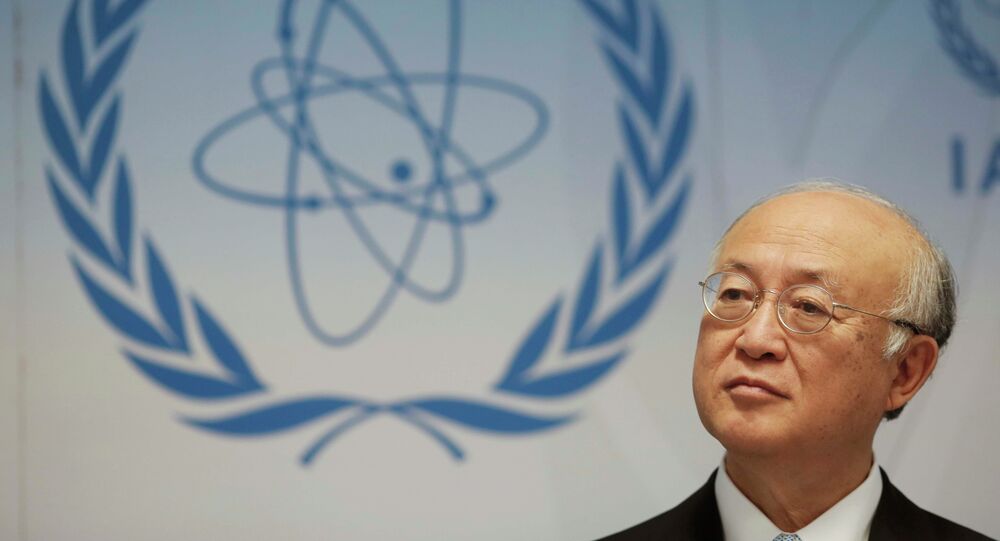 IAEA will provide a final assessment on Tehran’s compliance with nuclear deal by December 15.

NEW YORK (Sputnik) — International Atomic Energy Agency (IAEA) will stick to the timetable outlined in the nuclear deal, guaranteeing the peaceful nature of Iran's nuclear activities, and will provide a final assessment on Tehran’s compliance with agreement by December 15, the agency’s Director General Yukiya Amano said.

© AP Photo / Ronald Zak
No Need in Revisiting Iran's Parchin Military Facility – IAEA Head
The deal agreed by Tehran and the six world powers on July 14 commits Iran to complete the activities under the “Roadmap for Clarification of Past and Present Outstanding Issues” by October 15. Amano is then required to provide the IAEA’s final assessment by December 15.

“Our function is to provide the report. [We expect it] before the 15th of December. We can do as agreed,” Amano told RIA Novosti Saturday.

He added that after the report is released the agency’s “Board of Governors will decide on the future course of action.”

If the IAEA's final report says Iran sticks to the July's agreement, it would pave way for lifting of the anti-Iran sanctions conditional on the nuclear deal’s implementation.