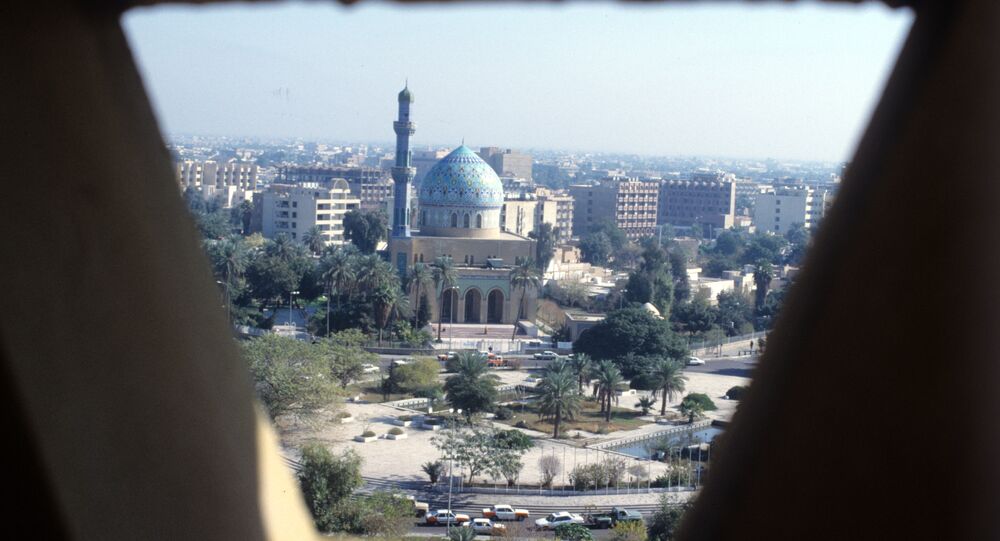 Russia, Syria, Iran and Iraq have created an information center in Baghdad to coordinate the fight against the Islamic State extremist group, a military-diplomatic source said Friday, RIA Novosti reported.

© REUTERS / Jonathan Ernst
Chuck Hagel: US Should Consider Engaging Russia in Anti-ISIL Fight
MOSCOW (Sputnik) — The source explained that the center would focus on collection, processing, summarizing and analysis of current data about the situation in the Middle East in the context of the fight against ISIL.

It will also allegedly distribute the information to destination and rapidly transfer it to the general staffs of these countries.

"The Russian Federation, the Syrian Arab Republic, the Republic of Iraq and the Islamic Republic of Iran have decided to open an information center in Baghdad, which will include the General Staff representatives from the named countries," the source said.

© AP Photo / File
Kremlin Denies Russia, Syria, Iran Created Center in Baghdad to Fight ISIL
The center will be headed by Russian, Syrian, Iraqi and Iranian officers on a three-month rotational basis, according to the source.

However, Kremlin spokesman Dmitry Peskov said Friday that reports concerning the creation of a a coordination center in Baghdad for the fight against the Islamic State are false.

Earlier on Friday, Fox News citing information from Western special services said that Russia, Syria and Iran had allegedly organized a center in Baghdad in an attempt to begin coordinating efforts with Shiites against ISIL.

US Needs Troops in Afghanistan Beyond 2016 to Prevent Collapse, Counter ISIL

Which Side Will America Choose: ISIL or Russia?