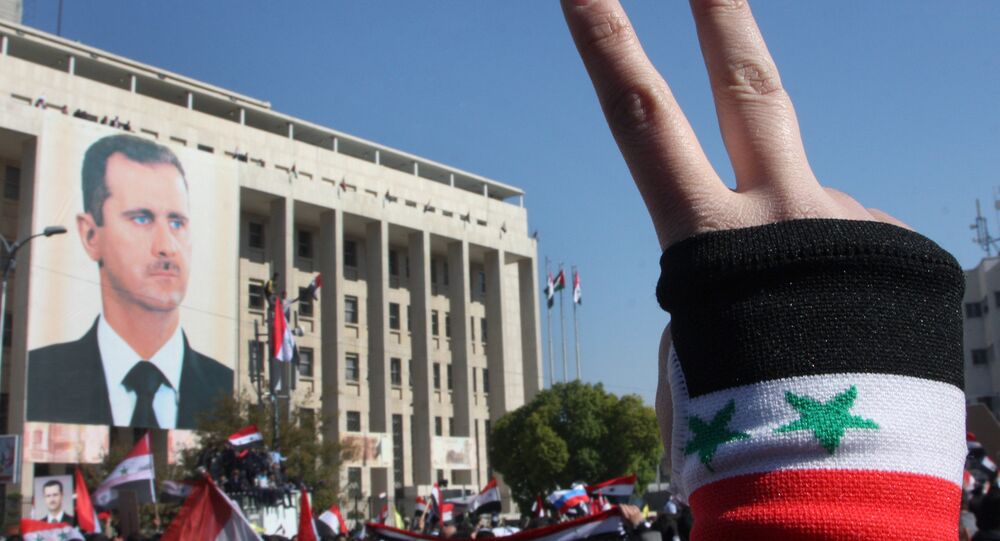 As a multi-ethnic state with a thousand years of history, Russia has in some sense a better understanding of Syria and more accurate approach to the Middle East’s fragile geopolitical situation than that of the US, Stephen F. Cohen notes.

A new cold war crisis is spreading like wildfire across Eastern Europe and the Middle East, prompting growing tensions between Russia and the West; US and NATO top officials urge Moscow to give up on Syrian President Bashar al-Assad, apparently forgetting what happened to Iraq and Libya after the US' involvement in the countries' domestic affairs.

"Russia has said for nearly a decade and certainly since the beginning of the Arab Spring that every time the United States begins a "regime change" the result is something much worse. Russia points to what happened in the aftermath of the American war in Iraq, it points more recently to what happened when we abetted the overthrow of Gaddafi in Libya. And when these things happen: failed states, civil wars, extremists… who pays the price? Not the United States. It's these countries. And now we see Europe itself facing a refugee crisis," professor of Russian studies at Princeton University and New York University Stephen F. Cohen emphasized in his interview with US author John Batchelor.

© AP Photo / Muhammed Muheisen
Stephen Cohen: Russia Warned of 'Arab Spring' Consequences, No One Listened
The professor underscored that Russia has various interests in Syria. But the point is that Russia believes (and Cohen deems Moscow's belief is "right") that if the United States topples Bashar al-Assad, the notorious Islamic State would be in Damascus as a result.

To complicate matters even further, the overthrow of Assad would inevitably lead to hundreds of thousands or even millions of refugees moving across the Eurasian continent and looking for sanctuary.

The professor added that there are a number of Russian jihadists fighting with Islamic State which could return to Russia's North Caucasus to resume their terrorist activities.

© REUTERS / Marko Djurica
Europe's Blind Support for US' Foreign Policy Pushing EU Into Abyss
Russia's geopolitical concerns are not groundless, since it is now faced with NATO's increasing expansion after the collapse of the USSR.

According to the professor, since the end of the "First Cold War" Washington has launched about ten invasions in various countries, overthrown a lot of regimes, pushed NATO closer to Russia's borders and built what the White House called "a post-Cold War security  system" in Europe, excluding Russia from it.

Russia's foreign policy approach toward Syrian affairs differs drastically from that of the United States. Russia's historical experience lies at the root of the Kremlin's position.

"Russia has always been a multi-ethnic state quite different from the United States," the professor noted.

In contrast with the US, which is regarded as the "melting pot" for various nations, Russia accommodates hundreds of ethnic groups which have their own territories and their own languages.

"Arguably, it gives Russia a better understanding of places like Syria and the Middle East generally where you have all these religions, all these cultures, all these ethnicities that lived for certain period of time in negotiated or imposed peace and now are in brutal civil wars," the professor elaborated.

Moscow envisages that in the result of a US-backed regime change in Syria, Islamic State would seize Damascus, while Washington and NATO officials are seemingly unable to calculate the possible consequences of their Middle Eastern policy.