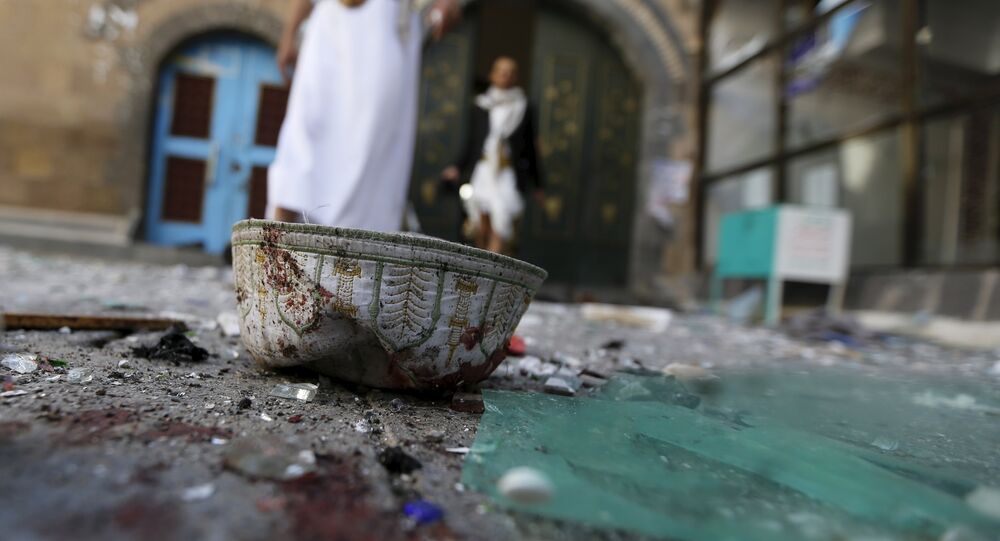 This week the Netherlands submitted a resolution calling for UN high commissioner for human rights to send an investigative mission to Yemen.

The Dutch resolution puts precise emphasis on the consequences of the blockade imposed by the Saudi-led coalition and the civilian death toll. At least one thousand civilians were killed and 3.5 thousand people injured in the Yemeni conflict between late March and the end of June.

But Saudi Arabia proposed its own resolution which makes it seem like the country and its allies are doing everything possible to prevent the international investigation.

The coalition of Arab states, led by Saudi Arabia, has been launching airstrikes in Yemen at the request of President Abd Rabbuh Mansour Hadi since March, in an attempt to push Houthis out of areas they have come to control.

Dr. Stig Hansen, an associate professor of International Relations at the University of Life Sciences in Oslo, who is also an academic expert in security policy and has traveled regularly in Yemen over the past 15 years, spoke to Sputnik in an exclusive interview about this resolution and Saudi Arabia’s actual role in the Yemeni crisis.

“It is possible to argue that the Yemeni conflict has escaped under the international radar for quite some time now. It has not been that much covered in the press and so forth. There were human rights violations on both the sides but Saudi Arabia is trying to avoid international inquiry following their airstrikes in Yemen but now Amnesty International is also demanding for an investigation in this matter,” Hansen told Sputnik in an exclusive interview.

© REUTERS / Mohamed al-Sayaghi
Yemeni Television Operator Killed in Saudi-Led Coalition Airstrike in Sanaa
The expert further said, “The Yemeni conflict is so overshadowed by the Syrian refugee crisis. There is also the factor of the complexity of the Yemeni conflict it is hard to understand that very often it is framed as if Saudi Arabia is facing Iran but there are a lot of different factions on the ground. It is also hard to get access on the ground but there have been reports of banned cluster ammunitions being used in this conflict, there have been reports of bombings of schools and mosques. This needs to be checked of course.”

He went on to explain that Yemen has been a weak state for a long time and it is a state which is not like most other states in the world, given that there are many factions such as al-Qaeda who try to take over the government and control of the state. He said that he wonders whether Saudi Arabia is willing to build up the Yemeni state after this war.

“Neither Hadi nor do the Houthis have control over the big Yemeni countryside. There is a big vacuum there. You need to do state building to stabilize this. I wonder if Saudi Arabia has thought about this. It is doubtful to me because this would be a long term process, but you cannot just leave Yemen to itself because today there is a vacuum there.”

Hansen mentioned the Yemeni economy which is in shambles and right now international media should focus on the situation in Yemen. “I think naming and shaming are better than nothing, and in the future it could open up potential court cases. In some countries around the world you can launch court cases because of atrocities even outside the boundaries of the state. It may give Yemenis some kind of redemption, maybe some money paid to them in other countries. But we will not see any large-scale sanctions against Saudi Arabia or any of the parties in this conflict.”

Saudi Arabia Should Probe Into Civilian Deaths Reports in Yemen