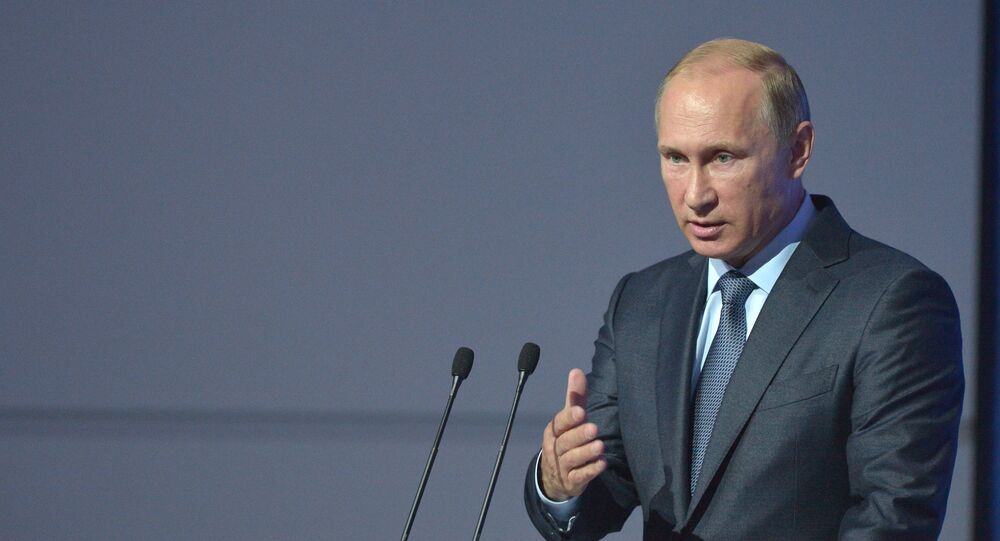 Russian President Vladimir Putin said that the only way to solve the crisis in Syria is to support the legitimate government headed by President Bashar Assad.

MOSCOW (Sputnik) – The only way to solve the crisis in Syria is to support the legitimate government headed by President Bashar Assad, Russian President Vladimir Putin said.

In an interview with CBS News "60 Minutes," Putin said that it is his "deep belief" that any actions "in order to destroy the legitimate government [in Syria] will create a situation which you can witness now in the other countries of the region or in other regions, for instance in Libya, where all the state institutions are disintegrated."

Putin stressed that only the Syrian people are entitled to decide who should govern their country and how and partners of the US-led coalition that has been targeting Islamic State (ISIL) positions in Syria should take that into account.

"And there is no other solution to the Syrian crisis than strengthening the effective government structures and rendering them help in fighting terrorism. But at the same time, urging them to engage in positive dialogue with the rational opposition and conduct reform," Putin said.

© Sputnik / Aleksey Nikolskyi
Obama to Meet With Putin at UN General Assembly to Talk Syria, Ukraine
The United States currently leads an international anti-ISIL coalition, but has not extended an invitation for Russia to join it, because of Russia's counterterrorism support for the Syrian government. Russia has criticized the US-led coalition for conducting airstrikes against ISIL positions in Syria without seeking the approval of the UN Security Council or Damascus.

Russian President Vladimir Putin plans to meet with his US counterpart Barack Obama on Monday at the United Nations General Assembly in New York to discuss the Syrian issue.

Syria has been in the state of a civil war since 2011. Government forces have been fighting on multiple fronts, against moderate opposition groups and numerous extremist insurgent groups, including ISIL and the al-Nusra Front (Jabhat al-Nusra).