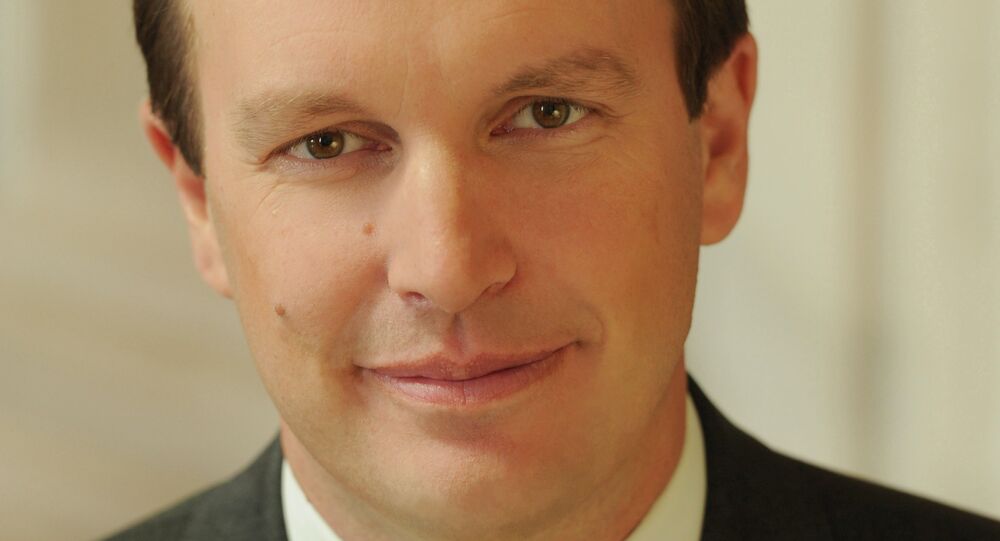 US Senator and member of the Foreign Relations Committee Chris Murphy claims that the United States and other international players should take actions to help Ukraine avoid honoring a $3 billion debt to Russia.

"The international community should make it clear that we should take whatever steps necessary to give Ukraine the legal cover it needs to walk away from that debt," Murphy said on Thursday of the debt Ukraine owes Russia.

On Thursday, the US Senate Foreign Relations Committee announced it will receive a closed-door briefing from International Monetary Fund Director Christine Lagarde next week to discuss the Ukraine debt situation.

"I don’t think Ukraine should be obligated to pay Russia back a dime," Murphy said.

He added that the United States has been "treating Russia with kid gloves on this question of the debt that Ukraine owes it."

© Sputnik / Alexandr Demyanchuk
Russia to Declare Ukraine in Immediate Default if Kiev Fails to Repay Debts
The United States, a number of European countries as well as some of Ukraine’s private creditors agreed in August to write-down an $18 billion debt the country has been unable to pay.

While other creditors have agreed to take as much as a 20 percent write-down on the principal of the bonds issued to Ukraine, Russia has insisted that Ukraine repay in full the amount Moscow loaned it in December 2013.

In March, the IMF approved a $17.5 billion four-year bailout package to Ukraine, in exchange for a series of tough internal economic reforms.

Ukraine currently has a national debt exceeding $70 billion and has become increasingly dependent on international financial assistance since the overthrow of the government in February 2014.