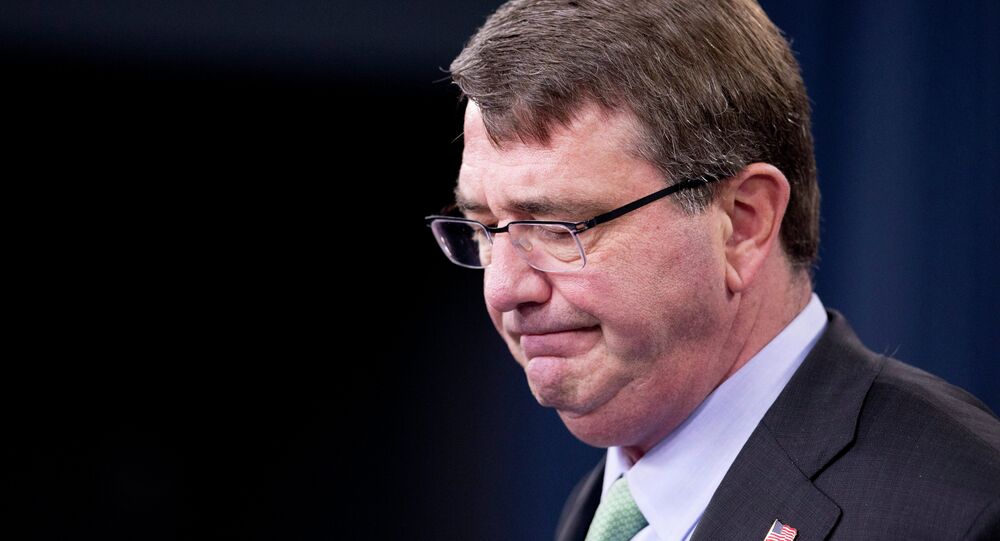 WASHINGTON (Sputnik) — Ukrainian Defense Minister Stepan Poltorak announced in a press conference on Thursday he has invited US Defense Secretary Ashton Carter to visit his country.

"Today, I invited a great friend of Ukraine, the secretary of defense [Carter], to visit Ukraine and to see… what changes are there in Ukraine for him to become persuaded in the fact that Ukraine is an absolutely different country," Poltorak said.

© Sputnik / Stringer
Kiev, Washington Had No Discussions About Lethal Aid - Defense Minister
The Ukrainian defense minister made the statement during a joint press conference with Carter after they held a bilateral meeting earlier on Thursday.

Since the start conflict in eastern Ukraine in 2014, the United States has been providing Kiev with non-lethal military assistance. In April alone, Washington sent 300 troops to Ukraine to train the country’s National Guard.

However, Carter noted during the press conference that the issue of providing lethal military assistance to Kiev had not been raised.

US Urges Ukraine to Keep Press Freedoms When Considering Sanctions