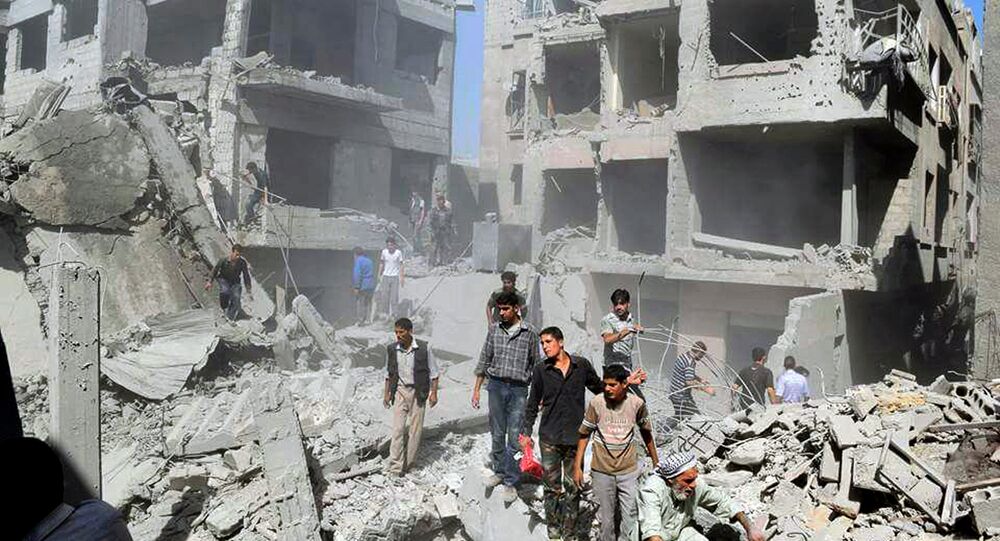 Dialogue between Russia, Germany, France and the United States is essential for ending the conflict in Syria, Palestinian leader Mahmoud Abbas said Thursday.

MOSCOW (Sputnik) — Syria has been mired in civil war since 2011 with the government forces of President Bashar Assad have been fighting multiple fronts, including against Islamic State and the Nusra Front.

“Russia, France and Germany stand for the political resolution of the Syrian situation. The United States also seems more inclined to a political solution. If these states reach an agreement, then a schedule for measures to settle [the crisis] could be elaborated,” Abbas told Rossiya-24 television.

© REUTERS / Maxim Zmeyev
Only Moscow 'Can Provide Platform' for Syrian Crisis Settlement
He added that the crisis had significantly affected the growth of extremism in the region and the number of refugees fleeing war-torn Syria.

According to the UN refugee agency, more than 4 million of people fled crisis-hit Syria to find refuge in neighboring countries. Over the latest months, hundreds of thousands of refugees from Syria and other Middle Eastern countries have poured into Europe, seeking to settle in prosperous western EU member states.

US Concerned Over Russia’s Air-to-Air Capabilities in Syria

Only Moscow 'Can Provide Platform' for Syrian Crisis Settlement