The US attempts to block the influence of Russia as a global power are flawed, former US Secretary of Defense Chuck Hagel said on Thursday.

WASHINGTON (Sputnik) — Hagel said that in the United States "we fundamentally make a mistake when we try to block great nations’ roles in the world." 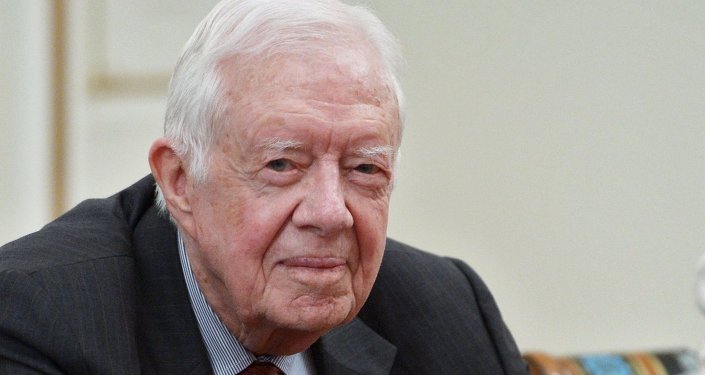 © Sputnik / Aleksey Nikolskyi
Jimmy Carter Urges Obama to Solve Syrian Crisis With Russia, Iran
Russia as well as the US and Iran must be involved in resolving crises throughout the Middle East, Chuck Hagel said.

"I think you have to have Russia, Iran, the United States involved in helping bring some stability [to the Middle East]," Hagel said.

The security, political and cultural challenges in the Middle East make it a region where "there will never be a resolution" without some degree of stability, Hagel argued.

"You can only get stability if you bring the most powerful nations together," he added.

The Lost Battle of Chuck Hagel