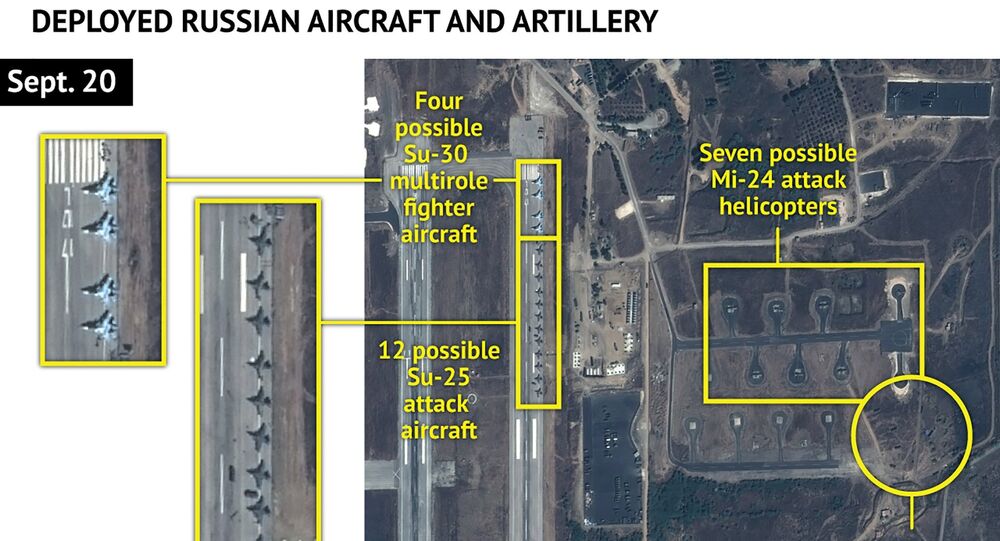 US Secretary of State John Kerry said that the level and type of Russian aircraft in Syria represents "force protection."

© AP Photo / Pool photo via AP
US Ready for 'Immediate Discussions' With Russia on Syria - Kerry
WASHINGTON (Sputnik) — Increased number of Russian aircraft in Syria represents force protection in the region, US Secretary of State John Kerry said on Tuesday.

“They [Russia] have increased aircraft…[which] could raise some questions, but for the moment, it is the judgement of our military and most experts that the level and type represents basically force protection,” Kerry said.

On Monday, unnamed US officials claimed four Su-30 fighter jets were flown to Syria's Latakia airfield on Friday, with an additional 12 Su-25 and 12 Su-24 attack aircraft joining them over the weekend, according to media reports.

Secretary Kerry added that increased Russian aircraft in Syria is "not a challenge to our [US] influence or to our presence."

Kerry announced on Sunday that he would meet with Russian Foreign Minister Sergei Lavrov to discuss the situation in Syria within the framework of the 70th UN General Assembly in New York.

Britain and France in Critical Talks Over Europe and Syria

US Must Assess Russia-Syria Cooperation if Aiming to Fight ISIL