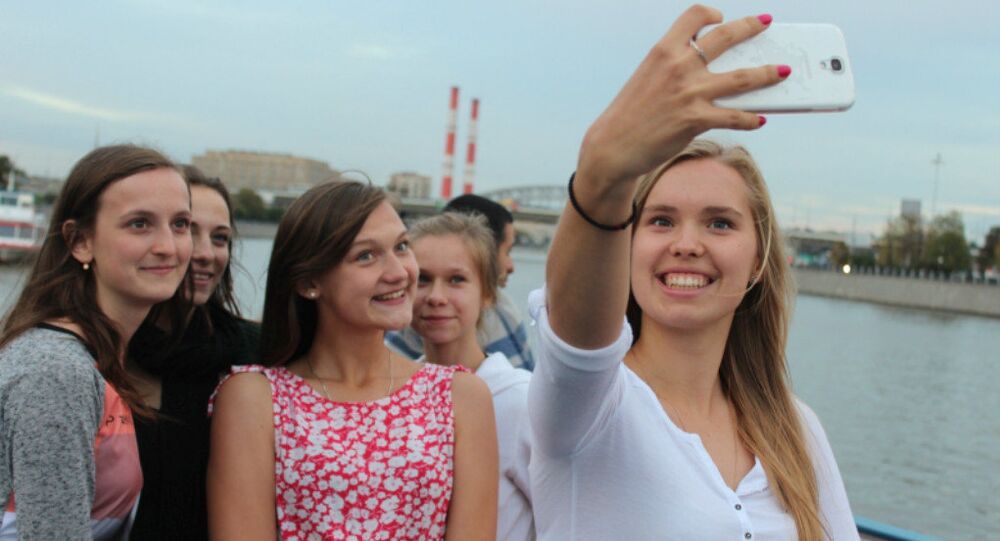 Over the weekend, a group of Polish literature and poetry students arrived in Moscow to begin a week-long tour of Russia, including a trip to Crimea. The trip prompted a backlash in Poland, with media and the Polish-Russian Center for Dialogue and Understanding slamming the move, calling it a "politicized," "immoral" act.

This summer, 15 honors students from Poland's Podlaskie Voivodeship –winners of a competition on Russian literature and poetry, were invited to visit Russia by the Russian-Polish Center for Dialogue and Understanding.

© AP Photo / Alik Keplicz-file
Poles Aren't Russophobes and are Ready for Dialogue With Moscow –Politician
Arriving in Moscow over the weekend, the students have since embarked on a visit to Crimea, where they will visit museums and memorials to Russian poets and writers in Simferopol, Yalta, Sevastopol and other locations. The students will also have a chance to meet with locals and sample the peninsula's culture, food and natural environments.

The Warsaw-based Polish-Russian Center for Dialogue and Understanding has denounced the trip; project manager Lukasz Adamski called it an "immoral" and "politicized" act, telling Polish Radio that it is "an attempt to create the appearance that occupied Crimea is Russian territory."

Adamski noted that given "the Western community's expression of a common position in support of Ukraine [over Crimea]…the visit by Polish youth of the occupied territory is an immoral act –an attempt to politicize the idea of youth exchange."

Polish Radio emphasized that the students, and "especially the trip's Polish co-organizers" may now face problems with Ukrainian authorities, having failed to ask their permission to visit the peninsula. The broadcaster noted that in addition a Ukrainian entry ban, they may also face problems obtaining visas to other countries opposed to the peninsula's 2014 decision to break off from Ukraine and join Russia.

© Photo : Anatol Chomicz
The Russians are Coming! Polish Media Coverage of Events in Ukraine Drives Man to Blow Up His Home
Russian-Polish Center for Dialogue and Understanding Director Yuri Bondarenko assured Radio Poland that the exchange is not a "political event," and that the students will not be subjected to any propaganda, noting that everyone should have the opportunity to see life in Crimea with their own eyes.

"I believe that Poland is a democratic country whose citizens have a right to evaluate the situation for themselves," Bondarenko noted. He added there is no cause for threatening anyone with travel restrictions, given that entering Crimea requires no additional visa controls from the Russian side.

Returning to Moscow on Thursday, the students will spend two more days in the Russian capital before returning to Poland Saturday.