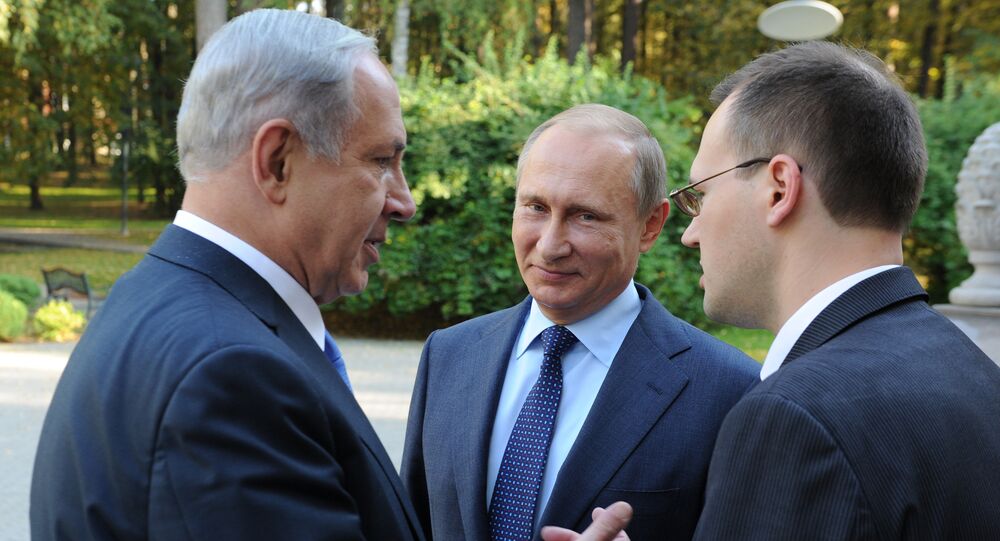 The leaders of Russia and Israel have agreed on closer cooperation on information sharing between their countries amid the war in Syria, Kremlin spokesman Dmitry Peskov said Tuesday.

"There was talk about a more honest exchange of information, and information coordination between Russia and Israel," Peskov told reporters.

Syria’s civil war has killed over 250,000 people since 2011, according to UN estimates. Moscow has provided a platform for Syrian reconciliation talks, hosting two rounds of meetings between opposition groups and government officials in 2015.

The Israeli Air Force carried out a number of airstrikes in Syrian territory, in retaliation to rocket fire attributed to militants and against alleged Hezbollah weapon convoys.

"Due to the fact that the situation in Syria remains extremely tense and seems to worsen in many ways, we, of course, found it appropriate to establish channels for exchanging information in such a sensitive area, based on the partnership between Russia and Israel," Peskov added.

During their meeting in Moscow, Putin and Netanyahu discussed bilateral trade and economic relations between their countries, as well as cooperation on investment and technology.

"A lot of attention was paid to bilateral relations, including their current state, cooperation on trade, economy, investment, and technology. These topics were thrashed out," Peskov continued.

Netanyahu's visit to Moscow is the first meeting with the Russian president since November 2013, when the Israeli prime minister attempted to tighten conditions or stall the Iran nuclear deal.

Russia Has 'Serious Influence' as Mediator in Israel-Palestine Conflict