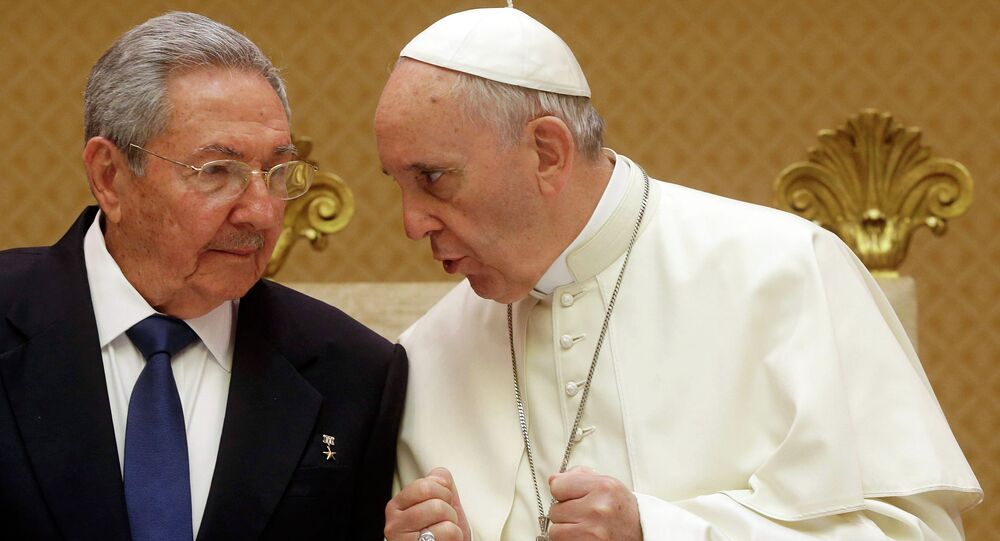 Pope Francis stated that Cuba and the United States show an example to follow as the two countries managed to achieve reconciliation.

"For several months we have been witnessing events that fill us with hope, the process of normalization of relations between the two nations after years of estrangement," Pope Francis said upon arrival in Cuba, adding that "this should be an example of reconciliation for the whole world."

© REUTERS / Stringer
Latest US Move to Relax Sanctions Offers Opportunities for Cuba
The process of rapprochement between Havana and Washington is a result of "the culture of meetings and dialogue," he stressed.

The Obama administration began normalizing relations between the two countries in December 2014. In July, the United States resumed diplomatic relations with Cuba as the two countries reopened embassies in their respective capitals after five decades of conflicts.

Pope Francis arrived in Cuba on Saturday for a canonical visitation that will last until Tuesday. He is scheduled to hold services in the Cuban capital and in the country’s east, talks with Raul Castro, as well as to visit Cuban holy places.

US Tourism in Cuba Still Prohibited Despite Easing of Travel Restrictions