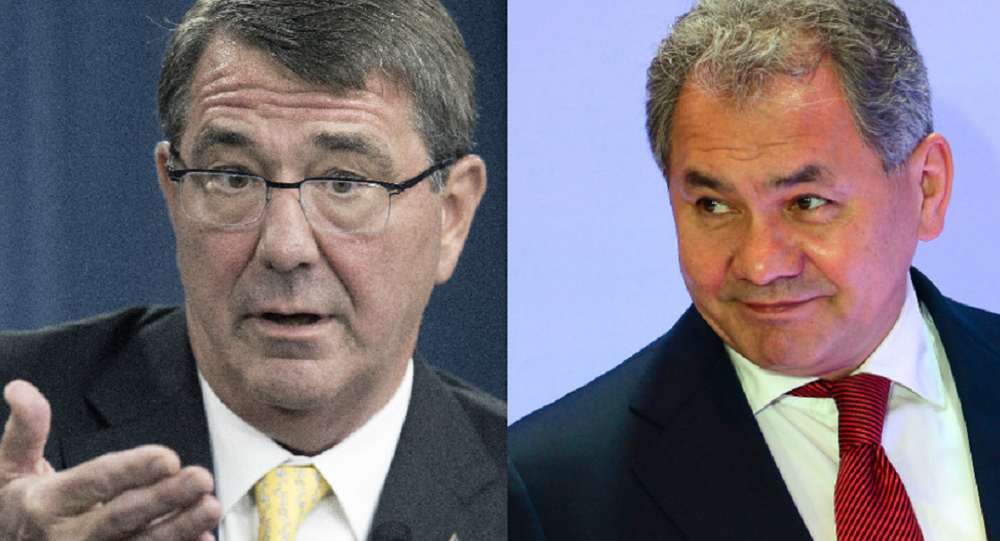 "They agreed to further discuss mechanisms for deconfliction in Syria and the counter-ISIL campaign," the Pentagon said as quoted by Reuters. The Pentagon added that the phone conversation lasted almost an hour and described it as "constructive".

© REUTERS / Bassam Khabieh
Russia Proposes Military-to-Military Talks With US on Syria - Kerry
US Secretary of State John Kerry said Wednesday that Russia had proposed military-to-military contacts with the United States on the situation in Syria.

US Defense Department Press Secretary Peter Cook said Tuesday that the United States had suspended military-to-military relations with Russia over Moscow’s alleged involvement in the crisis in Ukraine adding that Defense Secretary Ashton Carter had not had any talks with Russia’s Defense Minister Sergei Shoigu.

Syria has been mired in civil war since 2011, with Assad’s government fighting against many opposition factions and extremist groups, including ISIL and al-Nusra. Russia, unlike many Western countries, considers Assad to be the legitimate authority in Syria, and has provided humanitarian aid and military equipment to the country.

Love It or Hate It: US Cannot Defeat ISIL Without Russia