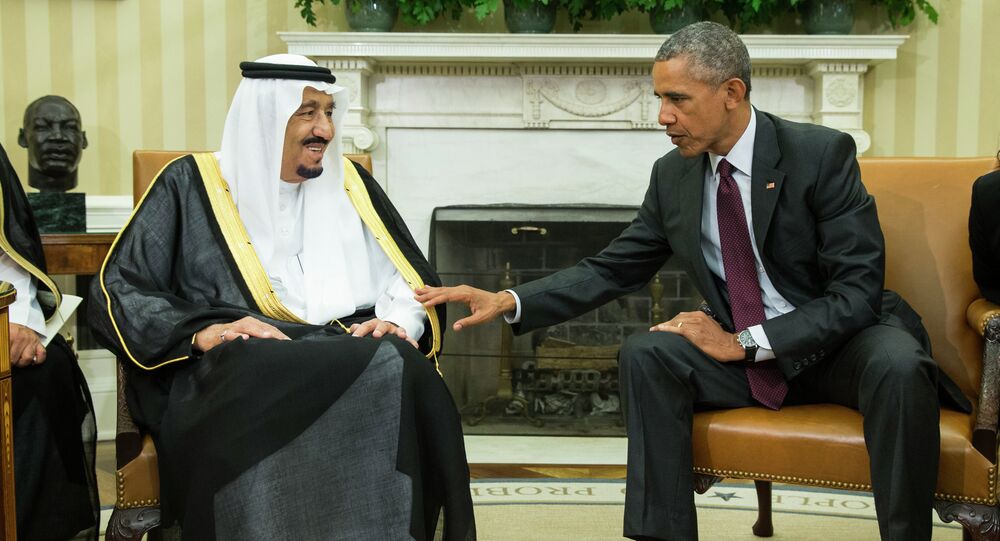 US President Barack Obama and Saudi Arabia’s King Salman spoke over the telephone and underscored the need to promptly resume peace talks in Yemen, the White House said in a press release on Thursday.

WASHINGTON (Sputnik) — Yemen is engulfed in a military conflict between Houthis, the country’s main opposition faction, and government forces.

"Both leaders agreed on the urgency of the full resumption of UN-facilitated Yemeni peace talks without preconditions," the press release read.

In late March, a Saudi-led coalition of Arab states began airstrikes against the Houthis at the request of Yemen’s President-in-Exile Abd Rabbuh Mansour Hadi.

At present, nearly 13 million Yemenis are facing food shortages and 1.8 million children are likely to suffer from some form of malnutrition in 2015 as a result of the conflict.

© REUTERS / Mohamed al-Sayaghi
Saudi Arabia Should Probe Into Civilian Deaths Reports in Yemen
During the call, President Obama and King Salman reaffirmed their commitment "to work expeditiously to allow for unfettered access to all forms of humanitarian assistance, including fuel, into Yemen, and the opening of Red Sea ports."

Earlier on Thursday, the US National Security Council announced $89 million extra aid to Yemen that will finance emergency relief for vulnerable civilians.

US Allocates $89Mln in Additional Aid to Yemen - State Department