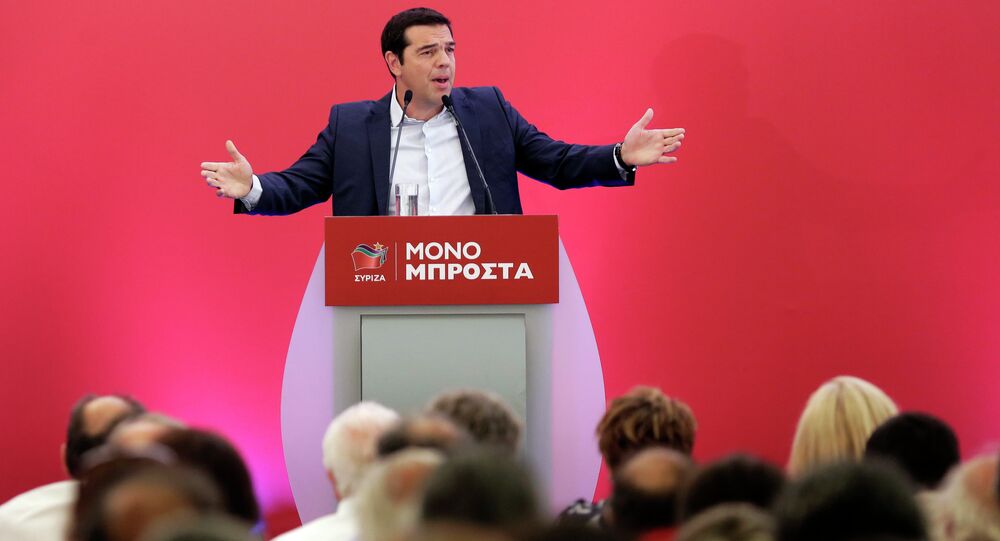 ATHENS (Sputnik) — On Friday at 6:00 p.m. (15:00 GMT), Tsipras will address the Greek people at Athens’ central Syntagma Square ahead of elections scheduled for Sunday.

© AP Photo / Lefteris Pitarakis
Greece Set for Political Stalemate as Coalition Ruled Out
Gregor Gysi, a key politician of the German Die Linke party, and the Spanish Podemos party leader Pablo Iglesias, as well as Pierre Laurent, head of the French Communist Party, will join Tsipras on stage during his speech, according to the Syriza election center.

Chair of Confederal Group of the European United Left Gabriele Zimmer will also address the crowd showing her support for the former prime minister.

In August, Tsipras resigned in a bid to gain support for the unpopular austerity reforms he was forced to back in exchange for bailout money from Greece’s international creditors.

A snap election in the Greek parliament is scheduled for September 20, with opinion polls saying Syriza is tied with a key rival, New Democracy, a conservative party.