Putin, Obama Could Bury the Hatchet at UN Meeting in New York

Now a reset in the relations between Russia and the US is quite possible as Moscow is ready more than ever to play a distinctive role in the settlement of the Syrian conflict, Melkulangara Bhadrakumar, former Indian ambassador to Uzbekistan and Turkey, wrote in his article for Asia Times. 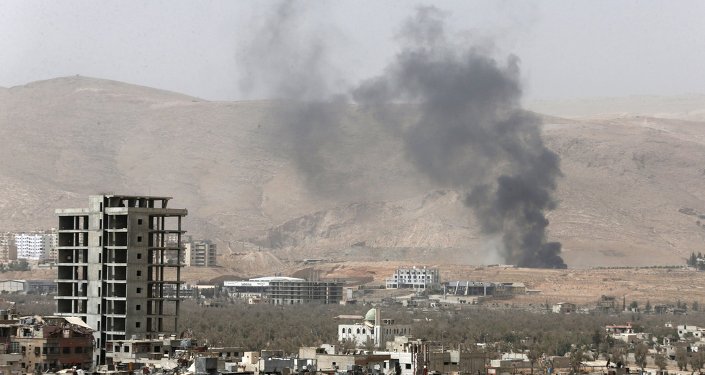 © REUTERS / Bassam Khabieh
Obama Welcomes Putin’s ‘Constructive’ Support on Syria
According to the expert, the Syrian conflict has posed a clear threat to European security. The migrant crisis could be a new precondition to review the Schengen agreements which constitute the basis of the united European area.

For Europe, it is now crucial to settle the Syrian crisis only through diplomatic mechanisms which, in turn, require Russia’s involvement in the peace process.

"With the mounting refugee problem to cope with – on top of the Greek debt crisis, et al – Europe also wants to put Ukraine on the backburner. Kiev is already sensing the dull roar of a European retreat from Ukraine," he wrote.

"Conceivably, both Europe and Russia would at some point begin to visualize – that is, if they haven’t already – that the conflicts in Ukraine and Syria are joined at the hips politically insofar as an altogether different mindset riveted on shared interests and common concerns has become necessary to resolve them," Melkulangara Bhadrakumar added.

What is more, as the Ukrainian conflict gradually de-escalates Russia and the EU are taking steps to strengthen their ties under the so-called "Normandy format".

Bhardakumar proved the assumption with a set of major energy deals struck during the recent Eastern Economic Forum between Russia’s Gazprom and European energy companies, including E.ON, Royal Dutch Shell, OMV and Wintershall. 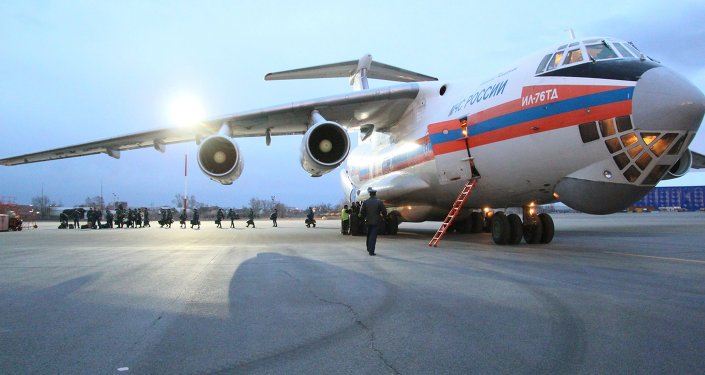 Press-service of Russian Emergency Situations Ministry
What is Russia's Key Interest in Syria?
According to him, tensions between Moscow and Brussels over the Ukrainian crisis are easing.

"Most certainly, Russia’s position on Syria is much stronger today than at any time in the past year or two. For one thing, the tensions over Ukraine are easing, the ceasefire is holding and the focus is now on the diplomatic track. The beating of war drums between Russia and NATO has all but died down, too. Suffice it to say, Russia has the space today to accelerate its politico-military thrust in Syria," the author explained.

Taking into account the changes, Syrian President Bashar Assad is in no danger of being removed from power, according to the expert.

© Sputnik / Valeriy Melnikov
Syrian Government of Assad Will Not Fall in Near Future - Pentagon
Moscow has repeatedly said it will continue to provide military and political support to Assad which derailed the US’ plans to change the regime in Syria. Moreover, some European and Arab countries strongly support Russia’s policy in a bid to find a political solution to the turmoil instead of the US-backed military option.

As a result, a meeting between Russian President Vladimir Putin and his American counterpart Barack Obama during the UN General Assembly in New York is inevitable, Bhardakumar presumed.

The current developments in the Syrian crisis require constructive dialogue between Moscow and Washington, he added.

According to the analyst, if the two leaders meet in New York this would be a starting point to restore close contacts between Russia and the US and may result in a reset in their relations. The current situation in Ukraine and Syria would encourage the process.

Obama to Talk to Putin When Advantageous to US Interests